Fringe review: Off The Island 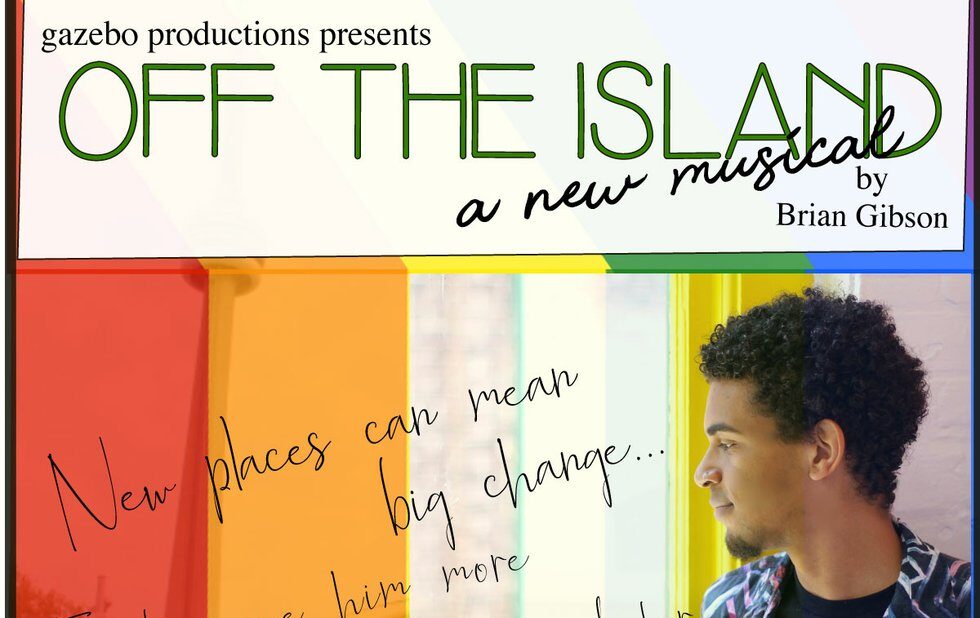 Off The Island is a well-meaning show that wants to make people aware of the oppression of LGBTQ+ people in the Caribbean. In its present form, however, but it feels like a workshop production of only half a musical rather than a finished project.

Stephen (Gabriel Hudson) leaves his unnamed Caribbean island and his devoutly Christian mother (Georgia Grant) to go to university in what she feels is the sinful city of Toronto.

Brian Gibson, who directs and wrote the show’s book, crams an improbable amount into Stephen’s first 24 hours in town. Stephen’s cousin Stacey (Carmela Antonio) and her pansexual friend Daniel (Armon Gh) get Stephen high and take him to a gay bar. Attracted to the male stripper Angel (Michael Ruhs), Stephen instantly realizes that he has always been gay. Not only that, Angel has noticed Stephen and they begin a relationship. The musical ends with three actors presenting scenarios of the persecution of gay people in the Caribbean.

Michael Poisson and Connor Young have written enjoyable Caribbean-influenced music, but it is pre-recorded, and under Gibson’s direction the cast’s singing and acting are extremely uneven. Where the cast does excel is in performing Autumn-Joy Dames’s vibrant choreography. One hopes that in a later version Gibson can curtail the didacticism and explore what happens next after Stephen comes out.