OMEN: THE MUSICAL by Evelyn Long and Marley Kajan (Creation Coffin/Eighteen Productions/Fringe). At the Annex Theatre. Jul 10 at 1. 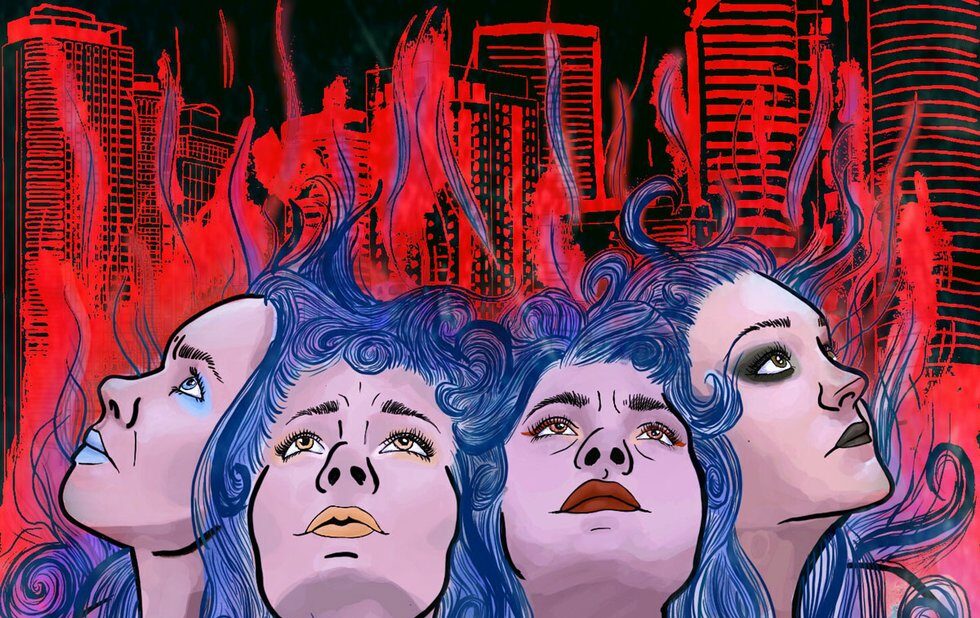 The soulful, R&B-style score and lively choreography are the main reasons for watching this earnest, monotonous show set in a post-apocalyptic future. (It has nothing to do with the 1976 horror film.)

With the lakes all dried up, three witches (Kat Letwin, Rosie Callaghan and Rachel Cvecich, who also choreographs) uncover a nefarious plot involving bribery and water hoarding. Enlisting another woman with special powers (Marley Kajan), they attempt to prevent a second ecological disaster.

The world-building is sketchy, and the book and song lyrics basic. Of the performers, only Letwin stands out with her gritty, down-to-earth line readings, which provide some much-needed comic relief.