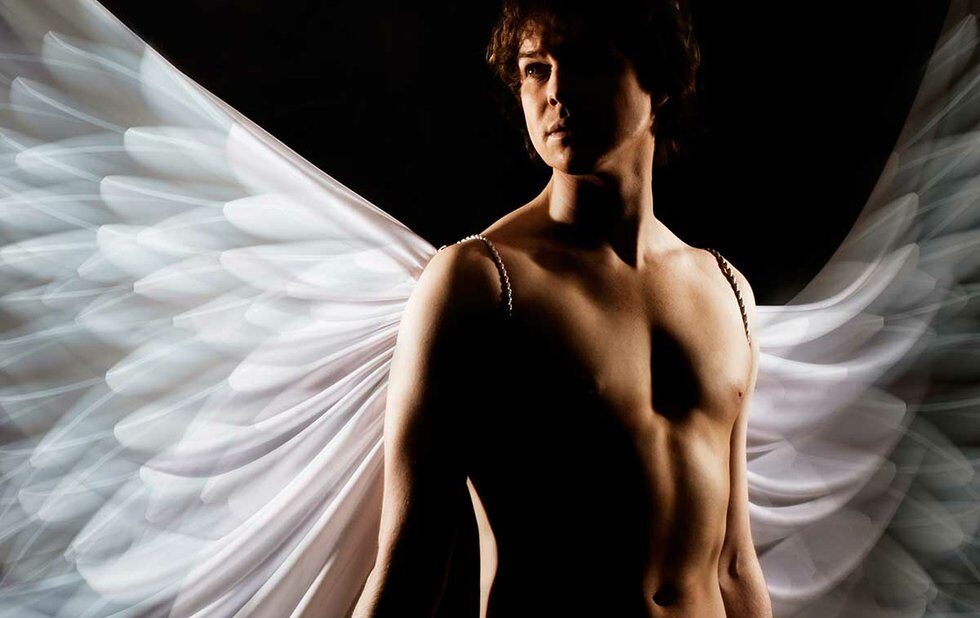 Even if you skimmed Milton‘s Paradise Lost in college, Paul Van Dyck‘s imaginative, efficient solo adaptation will fill you in on the good parts.

Stunning visual effects (by Jeremy Eliosoff), lighting (by Jody Burkholder) and puppetry (by Lyne Paquette) combine with Van Dyck’s pared down text to tell the story of Satan’s fall from Heaven and the temptation of Adam and Eve.

I don’t want to spoil any of the puppetry effects, but will say that Van Dyck gets multiple uses from two white bolts of fabric.

Writer/director Van Dyck is a sensitive, versatile performer, but he seems awfully eager to show off his abs another director could have reined in that exhibitionism, as well as toned down the over-use of Rolling Stones songs on the soundscape.