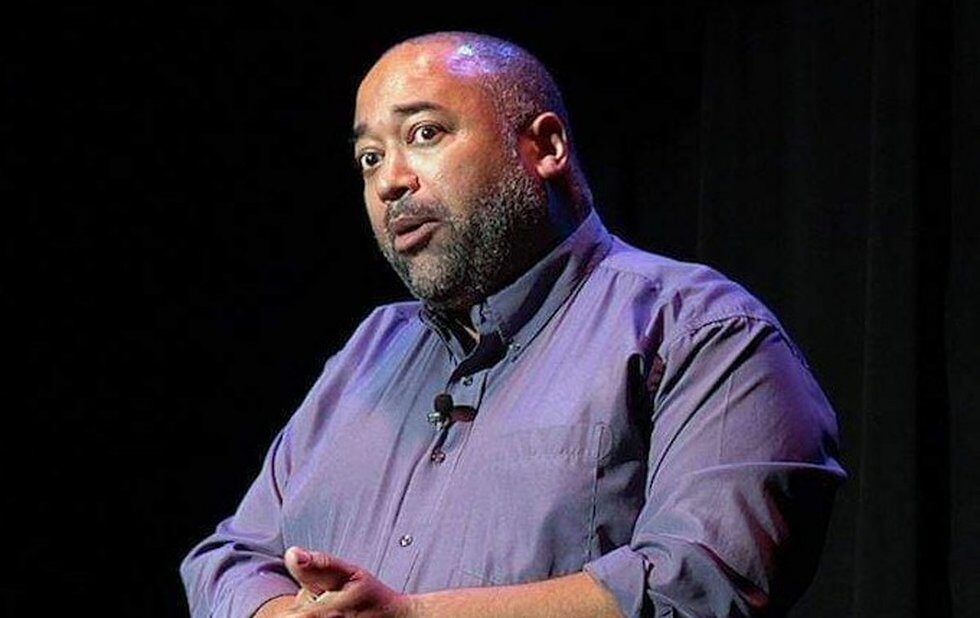 I say “surprisingly” because the concept a motivational speaker named Velvet Duke leading a workshop to help vanquish your personal demons using something called the PATH system seems at first like over-the-top self-help satire. It takes until after Wells’s opening song, complete with angel and demon puppet props, for it to sink in that all the talk of imposter syndrome and daddy issues and “conscious vulnerability” is played relatively straight.

It’s a hybrid show: part storytelling, part improv, part musical. Wells-as-Duke admits he’s not a very strong singer (and he’s not), but that the courage to stand up alone and reveal himself is his greatest strength.

It’s never quite clear how much is autobiography: his tales of running away from home, learning to perform as an apprentice of Beverly-Glenn Copeland and Mr. Dressup and finding solace in improv sound like they could have come from Wells’s own life. He definitely has improv skills. He always seems to have an anecdote or during the Q&A portion of the show I was at, a song at the ready based on audience interaction.

Yes, take that as a warning: there is some light participation, though it’s mostly voluntary and always gentle. Wells seems legitimately interested in helping people with their mental health, mostly by talking through his own. But with a brief 50 minutes, it feels like he could go much deeper.