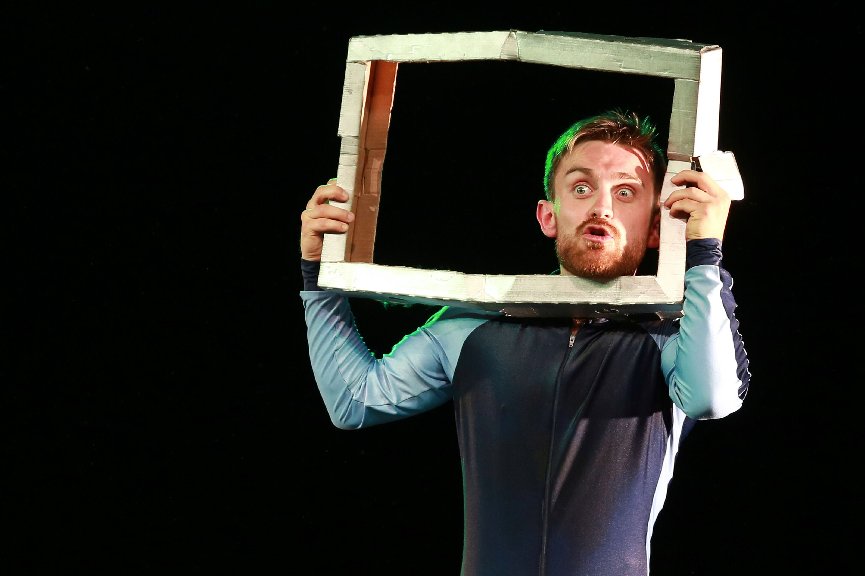 This killer sequel to London, England-based physical comedy troupe The Pretend Men’s 2015 acclaimed debut Police Cops riffs off all your favourite 1980s sci-fi flicks like Blade Runner and Return Of The Jedi with hilarious movement, prop and pun-based humour.

The story this time finds Sammy Johnson (Nathan Parkinson), the ne’er-do-well son of the last Police Cop, teamed up with a cheeky pilot named Ranger (Zachary Hunt) in a quest to hunt down the evil robot Professor Tanner (Tom Roe).

Just like Toronto’s own Sex T-Rex, The Pretend Men do an excellent job incorporating all kinds of deep-dive references to their source material in everything from characters to costumes to dialogue (even the plot’s framing devices will feel familiar to anyone raised on VHS).

The trio propel their fast-paced, action-packed farce with precise transitions and choreography (a dance montage set to Radiohead’s Jigsaw Falling Into Place is awesome), and deploy low-fi renderings of high-tech gadgets that are as impressively creative as they are funny.

So grab your gang of friends you’d normally take to a big summer blockbuster and see this space-ace of a show instead.