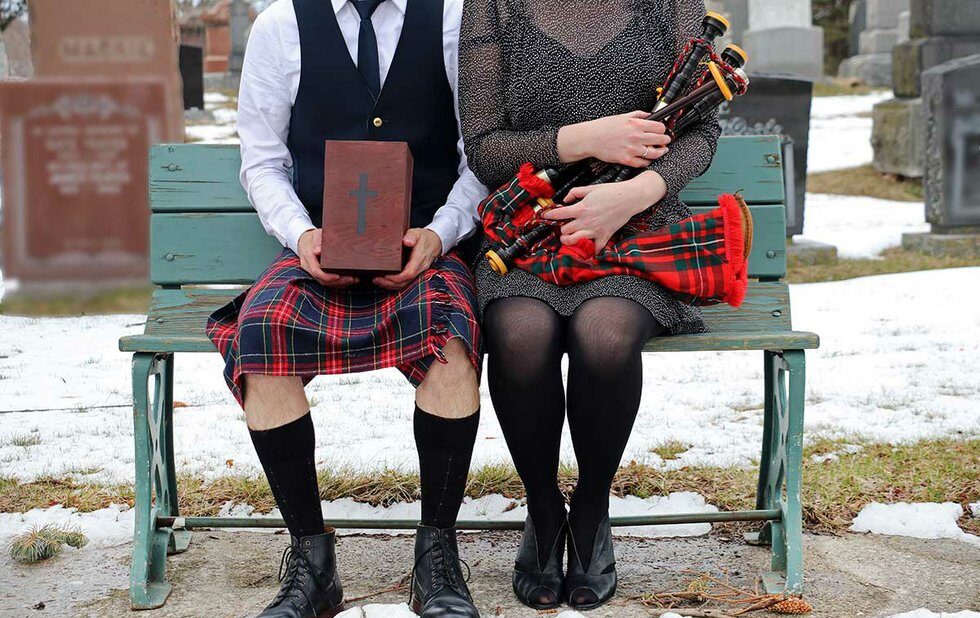 Theres not much I can reveal about Briana Browns play beyond whats already in the program a brother and sister reconcile near their fathers deathbed, until one of them drops a bombshell truth without spoiling the show. Perhaps one, smaller spoiler the disease the father suffers from, colloquially known as the Celtic curse,” is hereditary, adding multiple layers of tension between Chris Bakers James and his sister Kat (Janelle Hanna).

Co-directed by Brown and Rob Kempson, the first act takes place in a corner of the church dressed as a tasteful hospital waiting room the audience is then led by funeral attendants (Zohair Keswani, Mikeala La Rose and Sara Shifaw) through the nave to the chancel, where the siiblings family will gather for the funeral.

Baker’s James has more backstory, but is less fleshed out. He has an unravelling, but it happens offstage, and he reveals the details after the fact. Hanna gets the most to play with, and the most laughs because this is a comedy, though a gentle one. She’s at her best when her character is off-kilter. The play drags a bit while she and Baker build up to that reveal. But it’s enough of a build to keep us intrigued until the bombshell.

And yes the bagpipes will be played.