SHARNOOZLE! written by Robert Tsonos, music and lyrics by Michael Wiskar (Sometimes Y Theatre). At Kidsfest at the George Ignatieff. 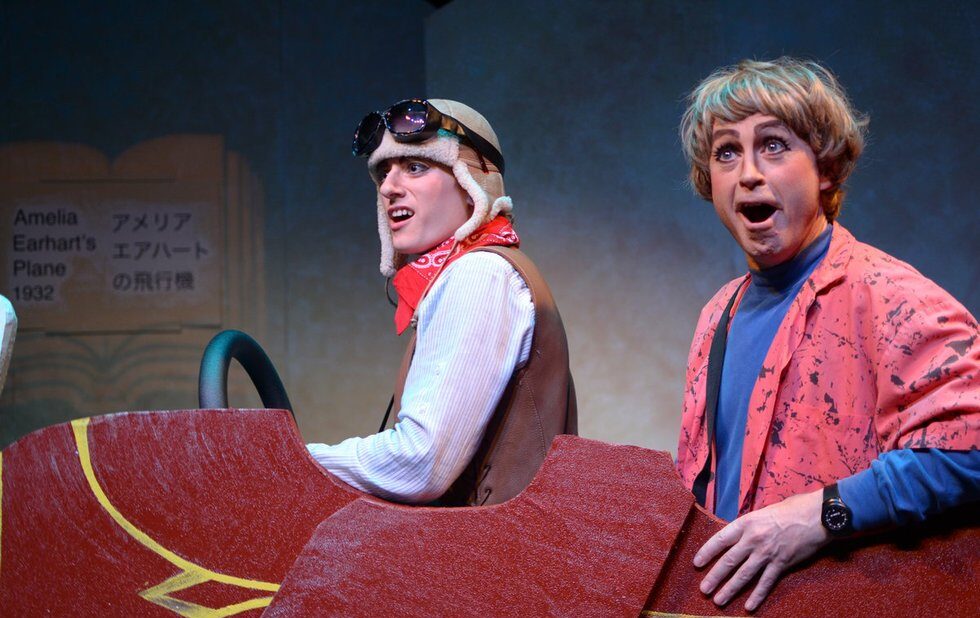 Sometime Y Theatre claims its play Sharnoozle! is suitable for children 4 years and up. That may be true if your 4-year-old knows the difference between Mozart and Marco Polo. More likely age suitability would be at least 8 and up, but that wont remedy the shows inherent flaws.

Daniel (Chris Vergara) finds a magic history book in the library. Just say the word Sharnoozle! and it transports you to famous times in the past. Daniel first drops into Egypt when workers are building a pyramid for King Tut. Tuts (fictional) evil sister Latara (Emma Ferrante) uses Daniels history book and magic word to steal Joan of Arcs symbolic sword with which Latara hopes to conquer Egypt.

Author Robert Tsonos forgets that the age of pyramid building ended more than 1100 years before Tut and that ancient Egyptians already had swords. Among the greats of history Daniel meets is Mozart, who seems best known for tickling people.

The show is strongest when it becomes a panto asking the audience for its input. My question would be: Why present a show to celebrate history when the main villain is fictional and the history shown is so often inaccurate?