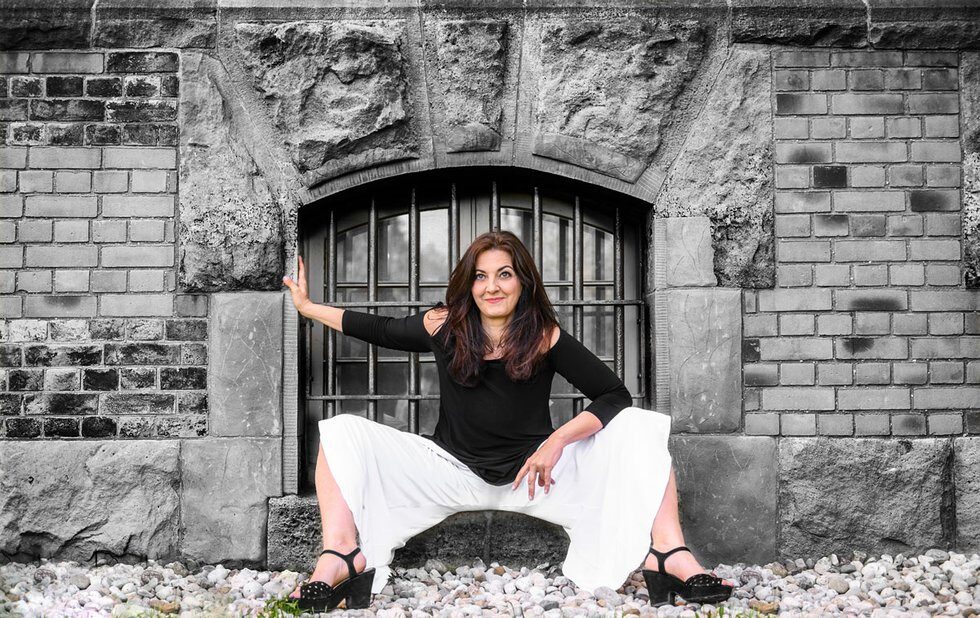 Fringe veteran Tracey Erin Smiths heartfelt solo show is about finding a sense of self and how the support (or lack thereof) from her surrounding community impacted her path.

Smith grips us from the start with her warmth and charisma, and her storytelling skills shine as she weaves together tales of various “big houses”: Tracey as a child visiting her father in prison, Tracey as an adult volunteer who helps inmates set up their own businesses and Tracey hosting Passover dinner in her own house.

Under the direction of Sarah Garton Stanely the show hits consistently hilarious notes while leaving openings for quietly devastating revelations. Steve Lucass lighting creates dimension on the Factory’s large and sparse stage, using spotlights to narrow focus and amplify the feeling of isolation, and bringing the house lights down to create a sense of community amongst the audience.

The play incorporates a couple of songs that feel a bit forced, but Smith sings with such stirring passion you cant help but be charmed.