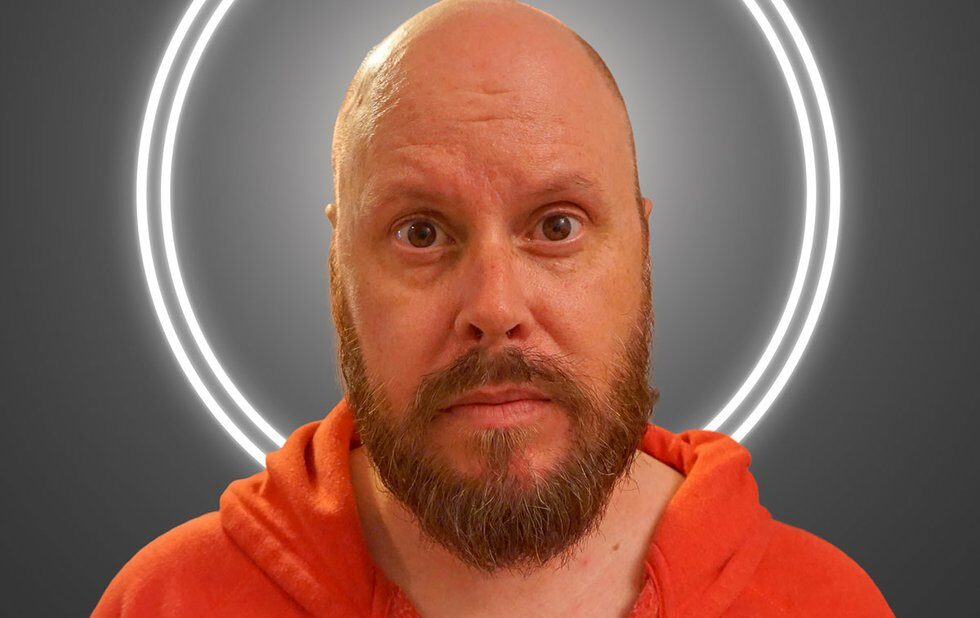 Rickaby plays Thomas, an unwilling prophet who crashes an open mic to tell us the good news – or, rather, the good, the bad and the complicated news. Engaging from the start, he tells us God has selected him – an atheist – to convey the 12th commandment. (Don’t get him started on the 11th – it’s a long story).

As his tale unfolds, we see something much less glamorous, and much more credible: a man who finds himself pushed to the edge by grief and loss.

Some aspects of his show lack polish: there are clichés in the details of his love story, and the image of his wife could be more nuanced. The climax, directed by Richard Beaune, could also be more effective. As it is, the monologue is unfocused and repetitive as Rickaby struggles to extract meaning from his misfortune.

Yet the core of the story radiates through: it’s a message of love – not from a goofy nameless God, but from one man’s sincere attempt to reckon with devastating loss.