Solo show about a rapist and murderer waiting for a girl in her apartment is unsettling, rambling and purposeless 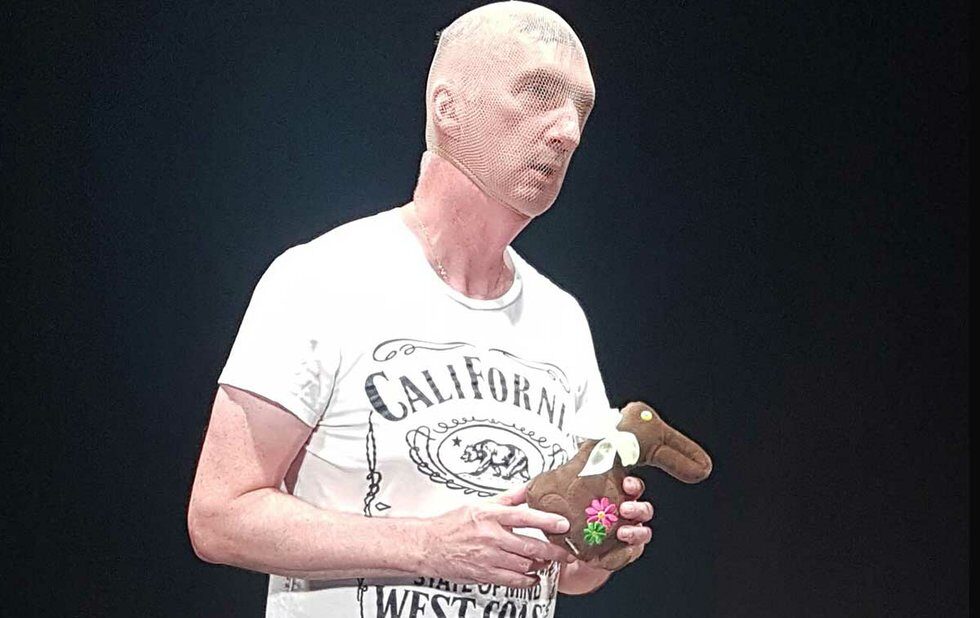 The Easter Bunny provides an uncomfortable look at the psyche of a serial predator.

The Easter Bunny is a self proclaimed rapist and murderer who is waiting for a girl in his apartment. While he waits, he shares various statistics about sexual violence and why he chooses to commit atrocities against women.

Solo performer Tommy Jeff McAteer is wooden and often fumbles his lines, which lends an extra layer of weirdness to the show. He is both disconnected and too intense it’s an unsettling experience to watch him shuffle around the stage, gesturing with a kitchen knife (there doesn’t seem to be any kind of blocking).

It’s clear the production didn’t intend any offense the Easter Bunny states that there won’t be any violence depicted in the show because we all know what violence looks like. But with this integrated apology, lack of direction and rambling script, I have to wonder: Why this piece, and why now?