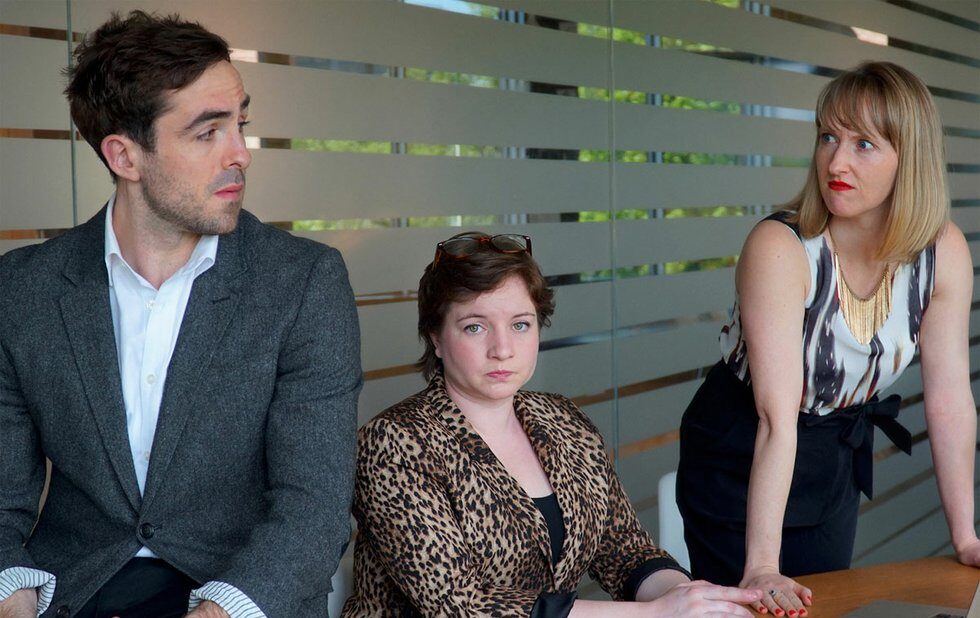 Anyone who’s ever lived the corporate nightmare of boardroom politics and professional favouritism will relate to Michael Ross Albert’s sardonic and often hilarious new play, The Huns.

The tightly written play unfolds in a conference room where coworkers Pete (Jamie Cavanagh), Iris (Breanna Dillon) and Shelley (Cass Van Wyck) are trying to run a meeting via international conference call to discuss an imminent launch that might be scuttled due to troubles at head office. But problems run much deeper than anyone first suspects.

The superb acting is layered and emotions get raw. Director Marie Farsi manages the pace and timing so that all the laughs hit perfectly – not easy with a slew of external characters joining and exiting conversations through voiceover. Technology frustrations, workplace jargon and personality conflicts ramp up the tension, which climaxes at excruciating levels. Surprises and interpersonal conflicts continue to be revealed right up until the very last moments.

An outstanding production with acute insight into the modern workplace.