Fringe review: The Joy of Sax 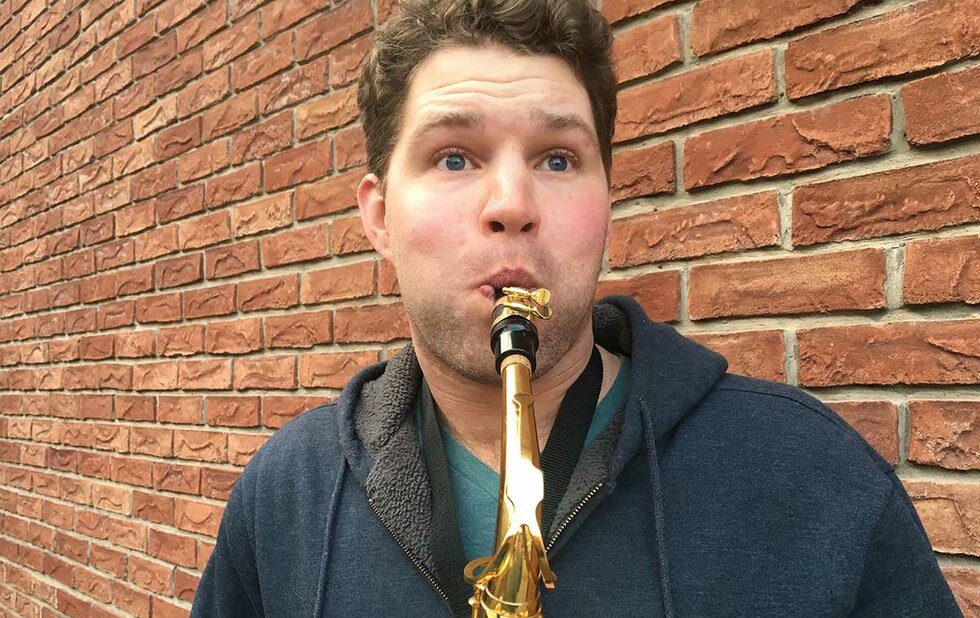 This show includes a warning in the program about its irreverent and sexual humour so it wont be for you if you despise absurd, scatological or slightly offensive comedy.

But hey, youre at Fringe! So youre probably up for this romp about a naive saxophonist (Cam Parkes) named Luke who changes his name to Duke, whose musicianship inadvertently brings intense pleasure to all those within earshot, including his priest and landlord (both played with hilarious conviction by Jason Reilly).

Luke/Duke is catapulted to stardom by his booking agent (Lex Stultz), a malapropism-spouting shyster. Writer/director Tim Phillipss script contains an abundance of amusing one-liners and he gets further laughs with sound effects like copious burps and slurps, but the direction is often clunky and pedestrian.

The large supporting cast totally commits to the lunacy, most of them taking on multiple roles and having tons of silly fun.