Shakespeare parody is disorganized, unfocused and not very funny 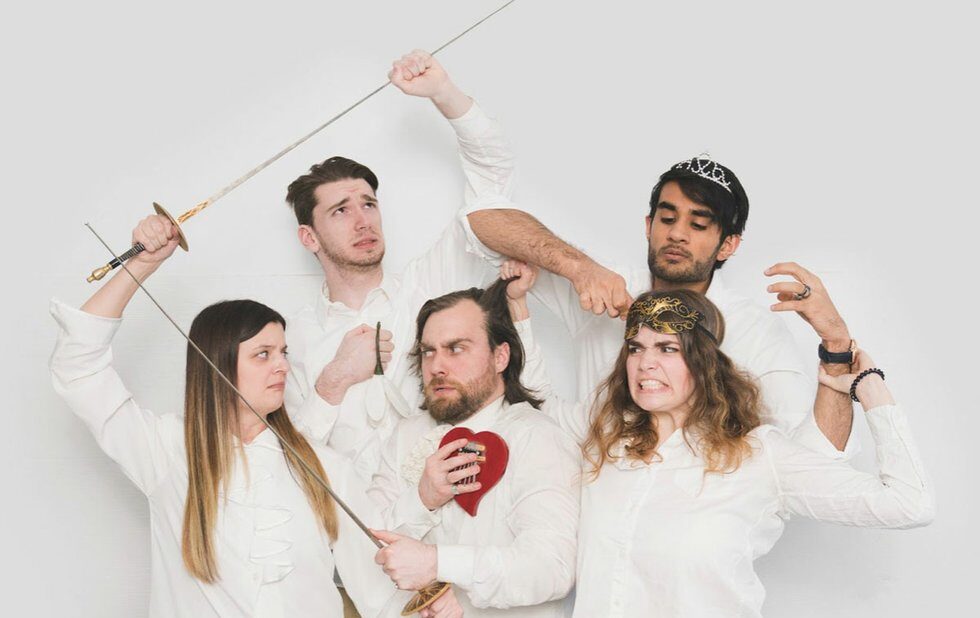 INFEMOUS, the Montreal company led by Kate Hammer, states in its publicity material, “Representing every single one of the Bard’s plays in an hour is no easy feat …. But, we are here. And we will do it.”

The first thing to know is that they don’t.

The second is that Hammer seems to have forgotten that there is already a play that makes the same claim but fulfils it. That play is 1987’s The Complete Works of William Shakespeare (Abridged), which ran for nine years in London and has since been staged all over the world. That play also predates Hammer’s in having the actors use their real names in performance and in encouraging improvisation.

Despite its claim, The Peers haphazardly parodies only four plays by Shakespeare – Antony And Cleopatra, Hamlet, Macbeth and A Midsummer Night’s Dream.

Otherwise, the play fills the rest of the time in staging pointless infighting among its five cast members. This leaves the impression of a show that is disorganized and unfocused and of a cast not really familiar enough with Shakespeare’s works to satirize them effectively.