NOW MagazineCultureTheatreFringe review: The Taming Of The Shrew

Fringe review: The Taming Of The Shrew 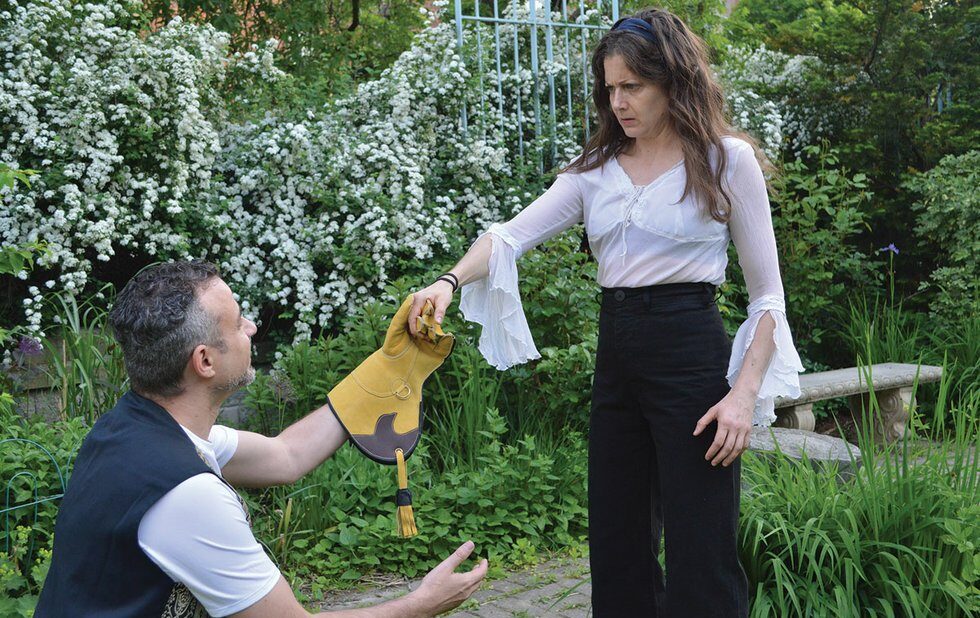 St. George the Martyr’s courtyard, with its arches, columns and garden is visually well suited to a site-specific staging of Shakespeare’s Padua-set comedy The Taming of the Shrew. But acoustically, there are major issues. Construction on Queen Street West and John Street, plus the remainder of rush hour traffic nearby, creates a constant dull roar which requires real effort to tune out.

Nevertheless, most of the cast know how to project and can be heard clearly. These include Chris Coculuzzi as a vibrant Petruchio, Scott Moore as a mean-spirited Baptista, Paige Madsen as a sly Tranio and Christina Leonard as a saxophone-playing Biondello. Unfortunately, those who don’t project include actors in the play’s two leading female roles – Alexandra Milne as the vexed “shrew” Kate and Greta Whipple as Kate’s younger superficial sister Bianca.

This is a pity since director Nicole Arends has a fascinating take on a play often accused of misogyny. Arends suggests that Kate is so disagreeable because she is starved for love, her father Baptista having always preferred Bianca over her. For Arends, Kate and Petruchio initially fight but eventually fall in love when they realize how similar they are.

If Arends had an uncut text and a quiet venue, hers would be a production well worth seeking out.