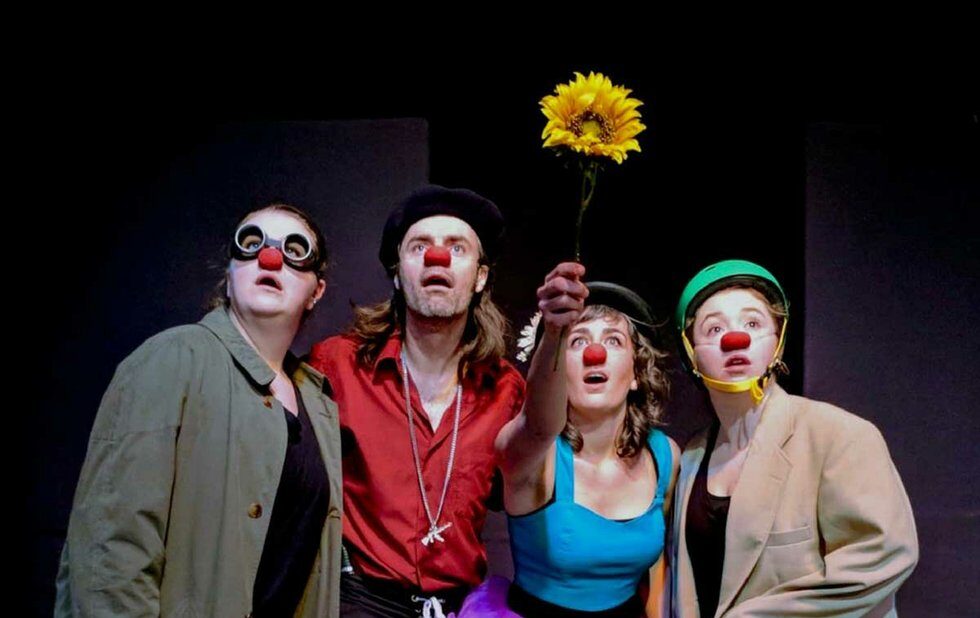 All the way from Ashland Oregon, this troupe use elements of clown and commedia dellarte to bring the fabulous history of an imagined land called Kudnanibonbar to life.

Framed as a university history lecture, the show’s focus is ostensibly the conquest of the territory by four surrounding rival nations. But the majority of the shows silly, tongue-in-cheek action is instead devoted to set-up: long meandering introductions of the leaders and particular cultures of each of the four countries (there are hippies, Francophiles, mole-people and Hamlet-inspired dimwits) that could be half as long and just as funny.

Vibrant and inventive costumes and props, as well as some hilarious performances, definitely hit their marks. But devoting the majority of the show to backstory and not the ensuing battle royale and diplomacy isnt theatrically fulfilling.