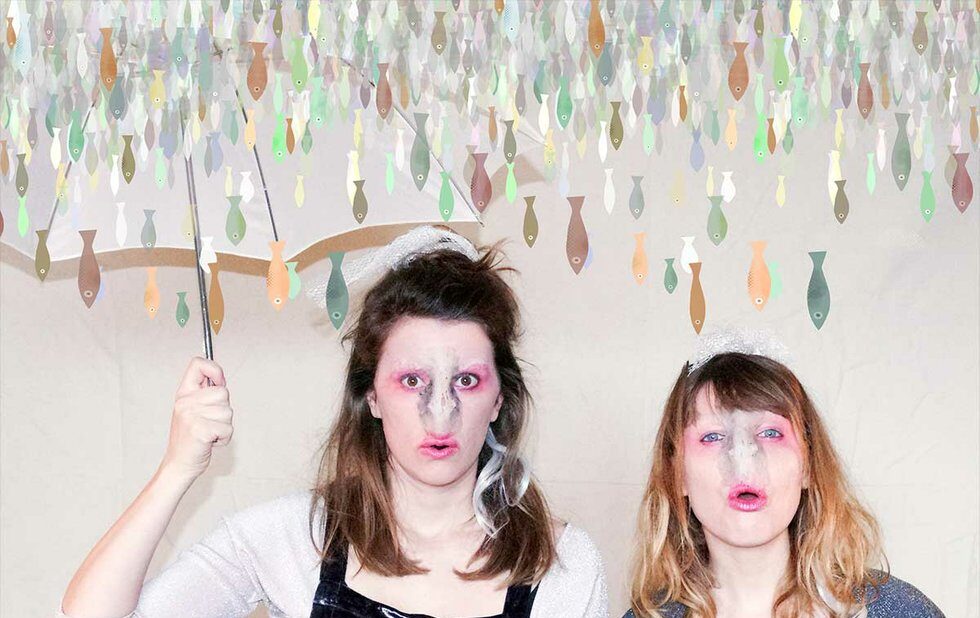 Its not clear from the Fringe program but Upstream Downtown is a clown show. The characters created by Morgan Johnson and Alexandra Simpson, Sojo and Beagle, will instantly remind Fringe fans of Morro and Jasp, so much so that Johnson and Simpson should try to make their characters interactions less like those of the better-known duo.

We learn that research shows Ontario salmon were once salt-water fish that adapted to fresh water. Johnson and Simpson take evolution a step further and make the salmon they play start to become human, learning to breathe air and developing hands and feet. The show is funniest at the beginning when Johnson and Simpson focus on the amazement of two fish having to cope with their new appendages for the first time. The sequence near the end when Beagle gives birth to roe is also cleverly conceived and staged.

In between, however, Johnson and Simpson slide off-topic. Why should fish who only recently have experienced land suddenly play landlord and tenant? How could either even know what a grocery store is, much less what is in it? How could they find the idea of canned salmon humorous?

These lapses aside, Johnson and Simpson are an exciting new clown duo whose progress will be fascinating to follow.