Fringe review: Young And The Limbless

YOUNG AND THE LIMBLESS by Morgan Frey (Bedroom Playwright/Fringe). At the Robert Gill Theatre. July 6 at 8:30 pm, July. 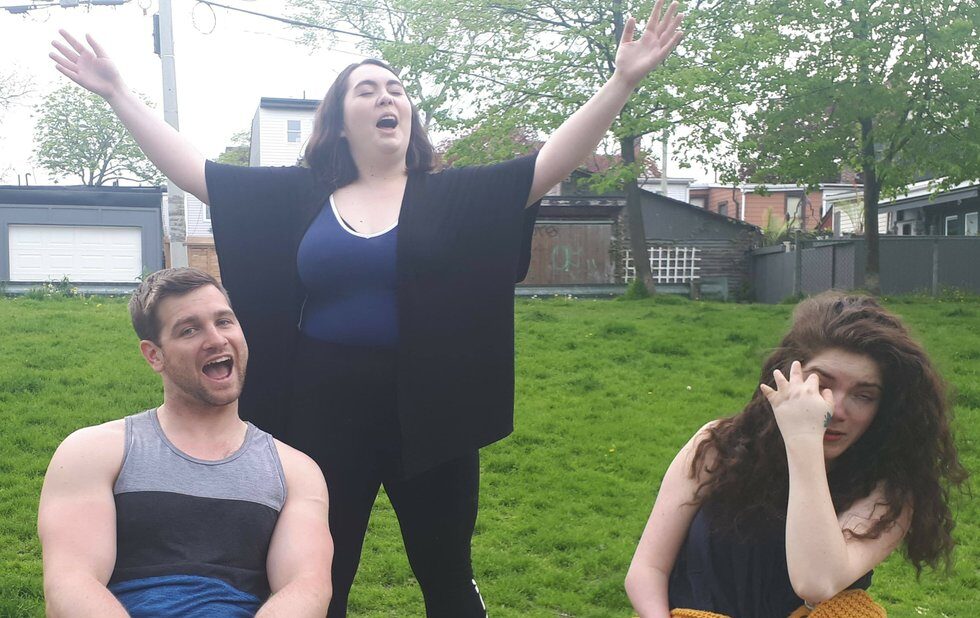 The title might reference a long-running soap opera, but writer/actor Morgan Freys hour-long play is styled like a sitcom. The dialogue is packed with references to mainstream American TV spanning the past 20 years Friends, Dawsons Creek, Walking Dead and the stage is styled like the classic living-room couch set. The piece de resistance: a poster of Greys Anatomy zaddy Jeffrey Dean Morgan that magazine writer Jenna (Frey) confides in when her roommate Robbie (Kayleigh Poelman) isnt around.

Jenna is a multiple amputee who is having a hard time on the dating scene and is being pigeonholed into writing disability-focused stories by her editor. TV is her refuge until her friend Luke (Will Attwood) bursts in, Kramer-style, looking for a place to crash after breaking up with his girlfriend.

Young And The Limbless takes a familiar format and subverts it by making the star someone who happens to have a disability and is also playing someone with a disability. Freys script smartly keeps the focus on general concerns like work and dating and weaves in frustrations around disability stereotypes and microaggressions that arise in situations that able-bodied people might take for granted.

But she and director Noemi Parenteau-Comfort dont come close to capturing a sitcom’s precision pacing, and theres a point where the cast saying every line excitedly becomes a substitute for punchy jokes. The transitions aided by mainstream pop hits are clunky and Attwoods subplot as the oblivious dude-bro feels like a missed opportunity to provide contrast to the main story.