AS YOU LIKE IT and A MIDSUMMER NIGHTS DREAM by William Shakespeare (George Brown Theatre at the Young Centre). February. 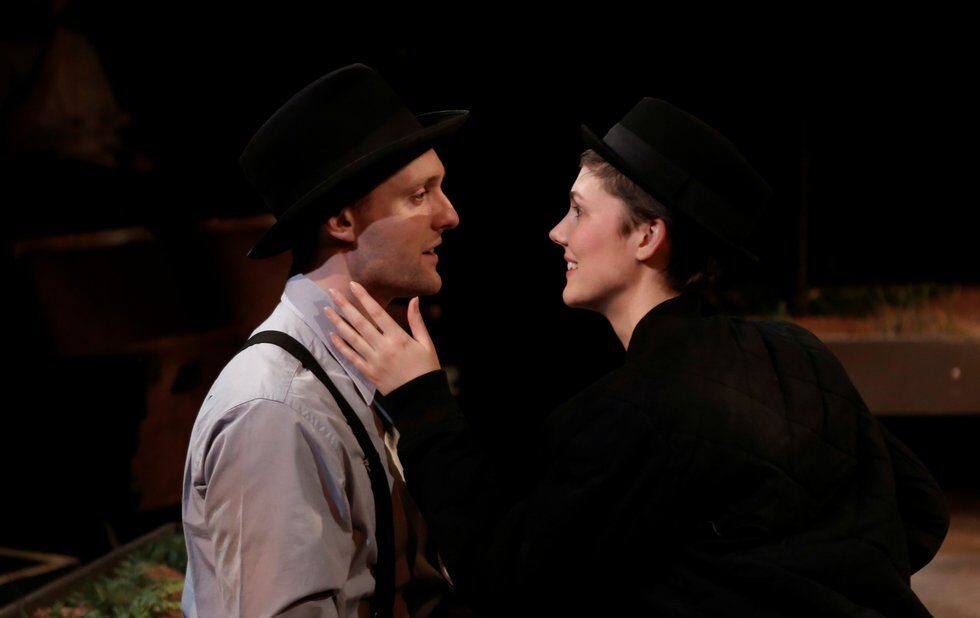 AS YOU LIKE IT and A MIDSUMMER NIGHTS DREAM by William Shakespeare (George Brown Theatre at the Young Centre). February 8-18.

What do you do when you have an unusually large graduating acting class eager to tackle the classics?

In the case of George Brown Theatre (GBT), you give them a double bill of Shakespeare to perform: A Midsummer Nights Dream and As You Like It, billed as A Winterlude of Shakespeare. Theres usually only a single production in this winter slot, but with 23 actors in the group, the company can fill all the roles, taking a lead part in one and then a supporting character in the other.

(The company usually offers a pair of shows in rep in the spring. This years, running April 11 to 22, are Margaret Atwoods The Penelopiad, directed by Sue Miner, and Georges Feydeaus A Flea In Her Ear, helmed by Todd Hammond.)

In director Geoffrey Pounsetts As You, the chemistry between the two central figures, Rosalind (Justine Christensen) and Orlando (Seamus Dillon-Easton), takes a while to work. Not until the two are in the forest of Arden, Rosalind disguised in male attire, pretending to herself in order to cure Orlando of his infatuation for her while actually wanting to yield to his love, does the plays magic work their relationship becomes both believable and endearing.

In fact, the whole company comes more into focus in the productions second half, which ends with the union of four couples in a world of harmony.

The shows tunes, composed and with musical direction by Lucas Penner and Jake Runeckles, are also a plus, especially when sung by Amiens (Lily Scriven, a standout in GBTs fall show, Cavalcade).

Penner and Runeckless music is also central to A Midsummer Nights Dream, intentionally a more raucous show, heavy with rock tunes played by a group of leather-clad fairies. From the start, the mischievous Puck (Morgan St. Onge) controls the action. Theres lots of cross-gender casting, including a female Quince (Rita Quince rather than Peter, played by Emily Cully), who has a crush on Bottom (Michael Boyce), and the doubled roles of mortal and fairy royal couples played by Cora Matheson (Theseus/ Oberon) and Tymika McKenzie-Clunis (Hippolyta/Titania). As the warring fairies, the two women generate some exciting dramatic sparks.

Under director Aaron Willis, there are lots of fine touches and character details, with the mechanicals each having a distinct personality. I was impressed by St. Onges energetic, gleeful Puck McKenzie-Cluniss commanding fairy queen and Kyrah Harders shy, soft-spoken Snug, who finally finds her voice as the lion in the Pyramus and Thisbe play.

The actors come joyfully together in Pucks finely staged last speech, an exultant, magical moment when the company holds St. Onge aloft, as if Puck were floating in the air.