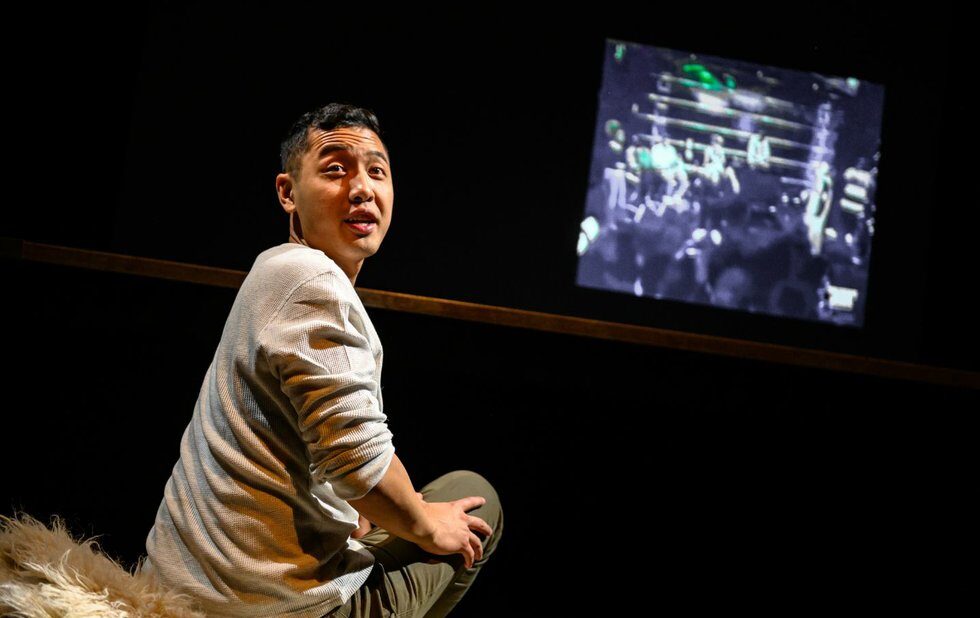 When I reviewed Franco Nguyens Good Morning, Viet Mom last year at the Next Stage Festival, I ended by saying the show deserved to have a long life.

Kudos to Cahoots, who picked up the script, developed it further and is presenting what feels like its definitive version. After this, who knows where it will travel next?

Time has only improved and deepened this bittersweet solo show about the playwrights relationship with his Vietnamese immigrant mother, who single-handedly raised Nguyen and his brother in Toronto while speaking little English.

The show is structured around several trips Nguyen and his mom made to Vietnam, where his grandmother was dying. This eventually makes him come to appreciate his own mom, whom he always criticized because she couldnt communicate in English. Some of the most poignant passages concern Nguyen having to translate things for her, including, at a very young age, an eviction notice. When hes in the village where she grew up and had dreams of becoming a fashion designer he realizes just how loved and respected she was there.

Its a simple story, but one thats clearly and effectively told. Nguyen is good with accents and has superb comic timing he is a notable sketch comic. Under Byron Abaloss direction, scenes shift from humour to heartbreak. One knock knock joke shows the rage simmering beneath Nguyens ambivalent feelings to his father, who popped in and out of his life.

Christine Urquharts slightly fussy set and David DeGrows lighting help orient us in a show that travels back and forth in time and location its amazing how the simple flipping of a rug can indicate a different setting. And the spare use of home video works well, especially when, in a touching section, Nguyen interacts with the image of his grieving mother.

While I had some problems with the earlier production’s abrupt ending, thats been solved with a scene that will resonate clearly for anyone, especially new Canadians.