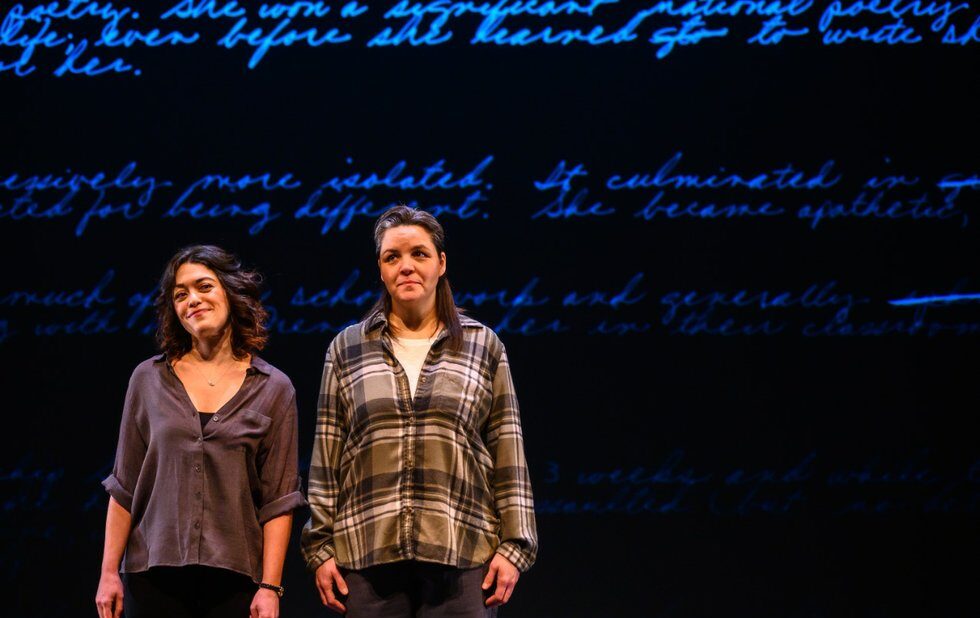 Many people wonder about what next steps to take in the aftermath of #MeToo. Nightwood Theatre has stepped up with the beautifully acted and powerfully written play, Grace.

The production uses documentary theatre techniques and visual projections to highlight the emotional fallout faced by one family after its teenage daughter discloses that a friends father raped her when she was seven years old. Its based on true events, so pseudonyms are used to protect the familys identity. It is made clear that this is a practical choice and not due to shame.

The play revolves around Grace (Michaela Washburn) who displays behavioral and social difficulties, causing her parents Diane (Brenda Robins) and Steven (Conrad Coates) to seek psychological counselling for her. Grace also has a strained relationship with older sister Sarah (Rose Napoli). After years of therapy the truth emerges, leaving the family reeling. Thats when Sarah, with Graces consent and involvement, proposes to write the play with hope that by sharing the story publicly the family can begin to heal.

The production contains very little action and the narrative is dense with statistics and quotes from experts, but the actors work together to keep the dialogue engaging. As Graces mom, a lawyer, Robins articulates facts. She succeeds at the tricky task of demonstrating both objectivity and love. Napolis Sarah provides the familys impassioned heart, particularly poignant in a daydream sequence. Although he has the fewest lines, Coates delivers one the most impactful monologues expressing the anguish of a parent who couldnt protect his child. In the title role, Washburns anxious pacing speaks volumes about the characters inner turmoil. She exudes a quiet power that grows as the play progresses and she never evokes pity.

Director Andrea Donaldson keeps movement to a minimum on the nearly bare stage, maintaining focus on the powerful words. The few props she incorporates add emotional heft such as the sight of a heavy bankers box brimming with papers or the passing of a note from Grace to Sarah. Most impactful of all, the perpetrators name is never uttered, replaced instead by a haunting sound effect.

The details of the actual assault are never revealed onstage. The production deliberately avoids lurid details, shifting the focus to the faults and limitations of the legal system. In fact, Diane says she now differentiates between legal system and justice system.

The play also addresses the nasty accusations hurled at people usually women who step forward after an assault.

The end result is a play about hope and empowerment. As Grace says, The victim is gone, the survivor lives.