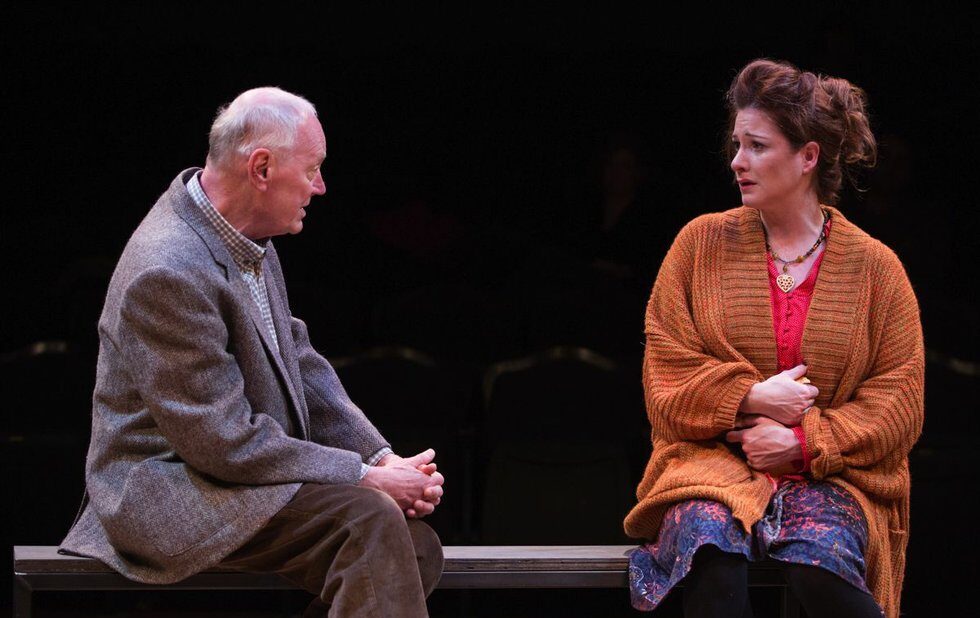 Heisenberg marks artistic director Matthew Jocelyns last turn as director while at the helm of Canadian Stage, and hes going out with a winner.

Its the same sort of work with which he started his tenure: cerebral, hot-blooded and cheekily enigmatic. But though Jocelyns selections have occasionally left audiences scratching their heads, Heisenberg has them on the edge of their seats.

It all starts with a kiss. Georgie (Carly Street) meets Alex (David Schurmann) in a train station, and though hes 30 years older, they form an improbable connection.

Much of the plays single act is spent trying to figure out whats really driving this unlikely pair together. Georgies feverish conversation is loaded with unlikelihoods that make both her point of departure and destination unclear, and her companion scarcely gets the chance to respond at least at first. Heisenbergs quick pace is enticing, and occasionally a little tiring, but theres a reason for it all.

Streets Georgie has echoes of her last role at Canadian Stage in Venus In Fur, for which she earned a well-deserved Dora Award. Shes especially adept at this sort of role: text-heavy, fast-paced and layered in such a way that there seem to be several split-personas taking turns behind the wheel.

Schurmanns Alex is a proper foil, his even-keeled demeanour disguising longings of his own. He doesnt get nearly as much to say as Street, but he always conveys something with his performance. His character claims to scoff at sentiment so even flickering emotions have serious heft.

A central conceit of the play, and the scientific principle from which it derives its title, is the idea that we cant simultaneously observe what something is and where its going. Coincidentally, direction and velocity are two things Heisenberg handles very well the pace and path of its narrative always have momentum, though the nature of the proceedings are often unclear.

This is also suggested in Teresa Przybylskis revolving wooden stage. Barely inching along and always carefully incorporated into Jocelyns blocking its a reminder of the characters movement away from painful pasts toward the strange possibilities for the future: romance, death or something else impossible to anticipate.

Heisenberg is a seemingly simple work with an elaborate underside at once mischievous, meta, exhaustive, provocative and ambitious. Its a fitting way to remember Jocelyn, Canadian Stages so-called enfant terrible whose unique perspective changed the course of the company forever and for the better.