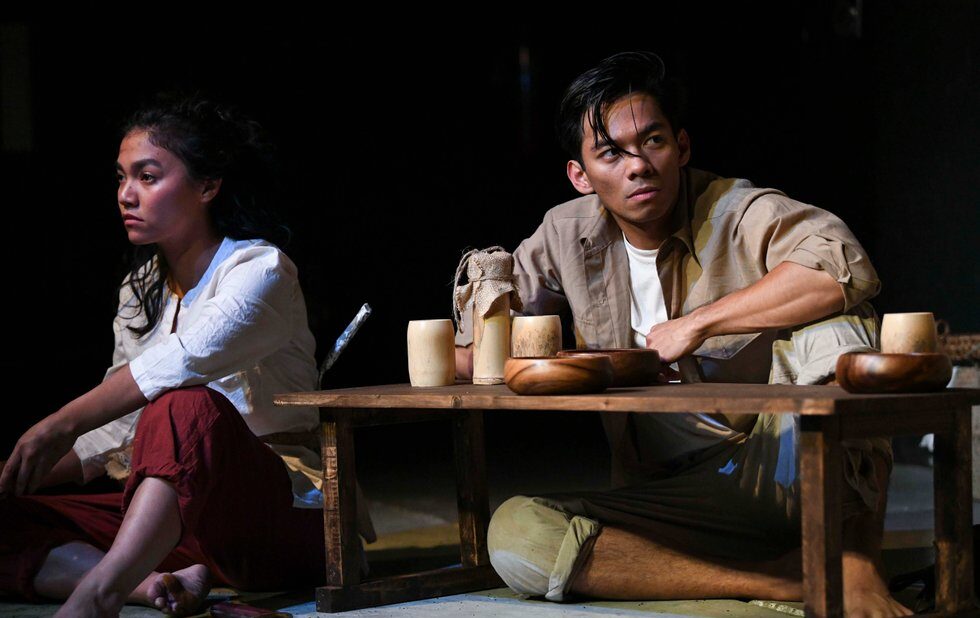 During the Second World War and Japans occupation of Manila, Alfredo (Aldrin Bundoc), a young injured fighter with the Philippine resistance forces, stumbles upon the garden and home of matriarch Manang Flor (Carolyn Fe), an Indigenous babaylan healer, and Alma (Belinda Corpuz), a feisty teenage girl with the fighting skills of a soldier.

Despite Almas concerns that Alfredo is a spy for the Japanese, Flor insists he stay with them while she heals his leg. But after hes recovered, Flor feels a connection to Alfredo and begins to teach him herbalism and other healing practices common in pre-colonial Philippines but now nearly extinct.

Meanwhile in flashbacks throughout the play, we look in on a younger, stubborn Flor as she trains with advanced healer Ligaya (Karen Ancheta) and gradually see how their beautiful bond develops.

Under director Jasmine Chen, Hilot shifts between timelines and dimensions. These transitions are made with dramatic shifts in lighting by designer Jareth Li and the incredible live accompaniment by composer MaryCarl Guiao, who plays an array of traditional instruments like kulintang, an apparatus of vertically suspended gongs.

Folklore and spiritual narratives are dramatically told and recreated, and although it can feel like a tangent from the main plot, they provide context for the characters belief systems that underscore the play.

The second act of the play is action-packed as the realities of living under occupation and intergenerational trauma all come to a head.

The play touches on heavy subjects the atrocities of war, human destruction of the natural world but Alcampos script and the casts chemistry bring moments of levity throughout. All four actors deliver emotional performances that show off both their comedic chops and physical prowess.

As Canada continues to reckon with the repercussions of colonialism, Hilot should spark conversations about how we treat one another and the environment.