HOW TO FAIL AS A POPSTAR by Vivek Shraya (Canadian Stage). At Berkeley Street Theatre (26 Berkeley). Runs to March. 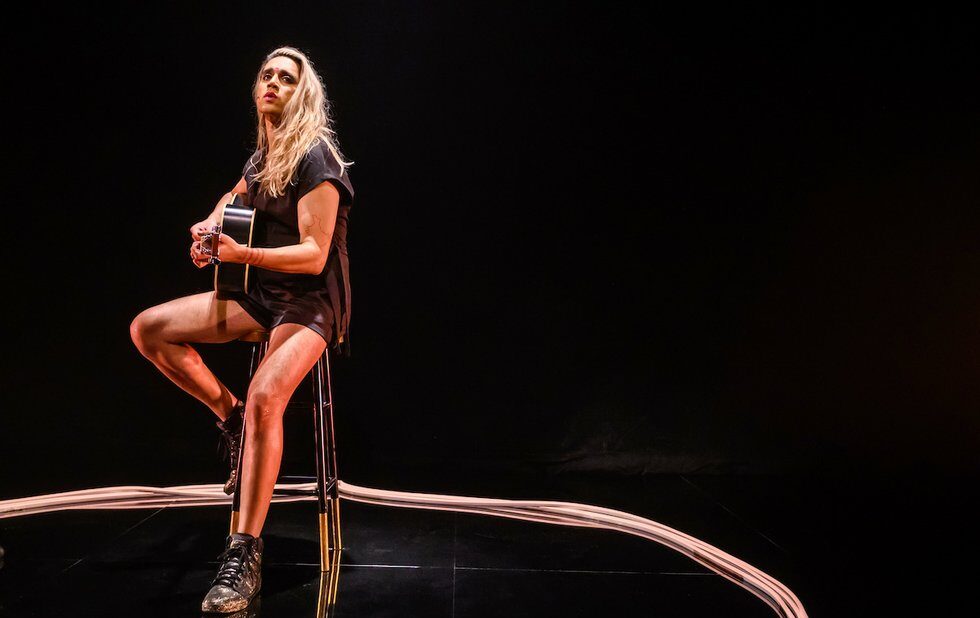 From Hollywood movies to reality TV, we are inundated with success stories following tough climbs to stardoms summit.

But what happens when youre not the typical ingenue? When youre a struggling brown-skinned performer in a white music world? What if after years of grappling for success your dream remains elusive? In the solo show How To Fail As A Pop Star, writer-performer Vivek Shraya bravely exposes the many disappointments and rejections along her fame-seeking journey.

Born in Edmonton to immigrant parents who struggled financially, Shraya, who is trans, first discovers her voice at religious services. She excels at singing expansive melodies at the Indian centre her family attends and begins composing her own material.

An outcast at school, Shraya survives by learning and singing pop hits to impress fellow students. She also enters voice competitions in local shopping malls and eventually finds a producer for her first album. Slowly she inches closer to her dream.

Shraya blends storytelling and music in a show punctuated with humour. After a mundane first song, Shrayas voice soon settles to reveal complexity and range. Some anecdotes meander and could use editing (for example, the process of making her first record) while others would benefit from more detail (name dropping is compelling, but why not share more about touring as the opening act for Tegan and Sara?). The stories that work best are universally relatable, disclosing feelings of shame and revealing what its like to be uplifted by small career victories or her mothers quiet support.

The understated and minimal set and costume design by Joanna Yu suits the production beautifully, and with lighting designer C.J. Astronomo, surrounds Shraya with a circle of light that changes colour and intensity with the mood of each story. Scenes are neatly organized and introduced by chapter-like headings projected onto a screen. While Brendan Healys staging sometimes feels formulaic, the confessional end sequence delivered squarely to the audience makes up for it.

Shraya may not have reached the top echelon of pop stardom, but sharing her persistence and self-discovery just might be a bigger gift. After all, these are the stories we rarely hear told.