NOW MagazineCultureTheatreI And You is an affecting, if not totally original, two-hander about troubled teens

I And You is an affecting, if not totally original, two-hander about troubled teens

Lauren Gunderson's much-produced play relies on YA clichés, but the two actors are very watchable 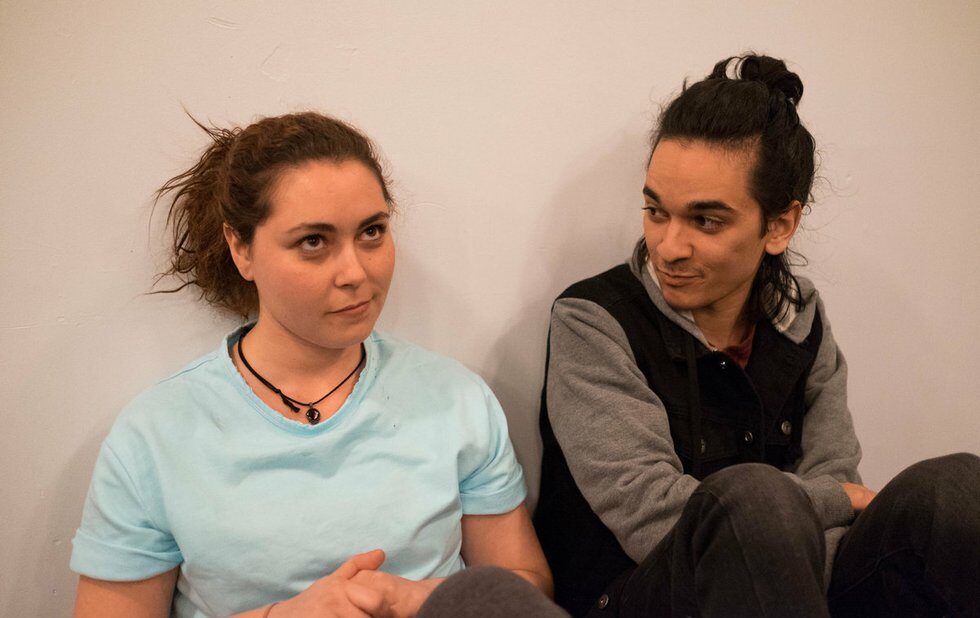 It’s easy to see why Lauren Gunderson’s I And You has become one of the most produced American plays in the last few years. It’s a fine vehicle for two young actors, and its themes of bonding and learning about life and each other through art – in only 90 minutes! – are, if not original, then at least affecting.

Caroline (Abby Weisbrot) is an angry young woman who’s been away from high school for a while due to a debilitating illness. Her colourful bedroom has become her fortress from the world, her only friend a toy turtle. So she’s understandably shocked when Anthony (Jake Runeckles) barges into her room carrying a half-done English assignment. They’re supposed to be collaborating on it, and it’s due the next morning. But Caroline balks at contributing.

The subject is pure YA fiction, and the exchanges not very convincing. Instead of providing believable dialogue, Gunderson will often have her two characters merely present lists to each other, like their favourite foods or types of music.

The one intriguing thing about the play, apart from the should-not-be-spoiled ending, is the use of Walt Whitman’s poetry. Besides giving the work its title, it opens up a sort of metaphysical realm that adds depths as the play progresses.

Under Marc Bondy’s clear, unfussy direction, the two actors are watchable but could modulate their performances so their lines – especially at the beginning – aren’t always pitched at the same emotional level.