I CALL MYSELF PRINCESS by Jani Lauzon (Paper Canoe Projects/Cahoots in association with Native Earth). At the Daniels Spectrum (585. 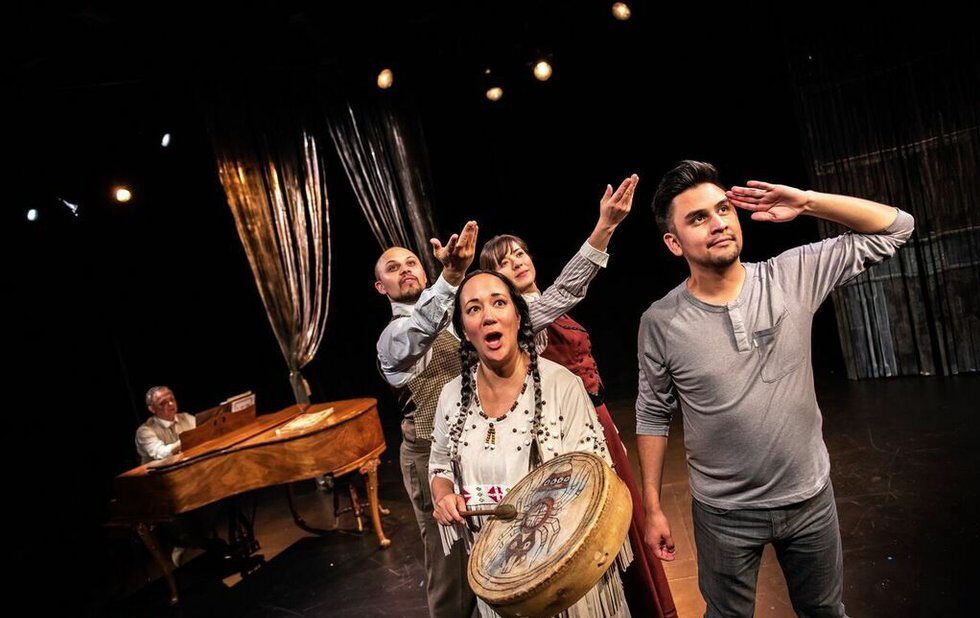 Among other things, Jani Lauzons I Call Myself Princess contains a fascinating story about cultural appropriation that is still frustratingly relevant today. (Think of the recent controversy over Robert Lepages Kanata.)

The heart of Lauzons ambitious, if uneven show is Tsianina Redfeather (Marion Newman), an Indigenous opera singer who worked on and whose life story helped inspire the little-known opera Shanewis: The Robin Woman, which played at New York Citys Metropolitan Opera in 1918.

Over his long career, Cadman wrote many songs that borrowed musical motifs from Indigenous songs.

Also complicating things is the fact that Redfeather was replaced by a white singer for the Met premiere.

Whats intriguing is that we get to see and hear Redfeathers own thoughts and explanations. For one thing, she was made to feel her race was dying out, so integrating her music into this art form was, she believed, a way to preserve it.

These elements are among the most thoughtful parts of the two-hour show. Theyre also highly entertaining, since Greenblatt (2 Pianos, 4 Hands), of course, is a lively pianist, Lancaster is a fine singer and the two get characters whose histories, like Redfeathers, are equally notable. (Eberhart was the first female librettist to have a work at the Met Cadman was closeted.)

The least successful part of Lauzons play is the modern-day story. William (Aaron Wells) is a queer Metis opera singer from Winnipeg whos on an Indigenous scholarship at U of T when hes asked to perform in a production of Shanewis. His obsession with the opera and the ensuing research it precipitates causes a rift between him and his long-distance boyfriend, Alex (Howard Davis), whos dealing with his own race and family issues.

Other works have organically linked art from the present and the past Arcadia, Eternal Hydra but the transitions are clunkier here, and director Marjorie Chan cant quite find a consistent tone. William and Alexs relationship just feels perfunctory.

About that music: the documentation of the songs in the program is a great place to start your own research into this neglected chapter of musical and cultural history.