I Take Your Hand In Mine… is modestly moving

I TAKE YOUR HAND IN MINE... by Carol Rocamora (Chekhov Collective/Theatrus). At the Tarragon Extra Space (30 Bridgman). Runs to. 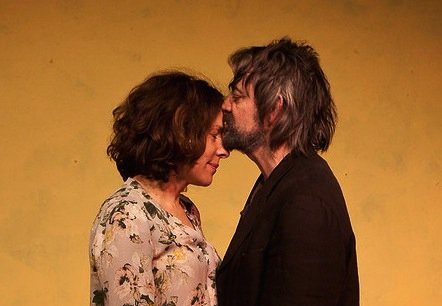 I TAKE YOUR HAND IN MINE… by Carol Rocamora (Chekhov Collective/Theatrus). At the Tarragon Extra Space (30 Bridgman). Runs to April 23. $32. thechekhovcollective.com. See listing. Rating: NNN

After recent productions of The Seagull and The Cherry Orchard, The Chekhov Collective turn their ongoing exploration of the playwright to his own letters to dramatize the final years of his life. Based on Chekhov’s correspondence with German-born actor Olga Knipper, the play charts the pair’s passionate yet unstable four-year-long relationship as they progress from friends to lovers to a married couple, living most of the time in different cities.

More modest in scope than the company’s previous efforts, this two-hander about Chekhov (rather than by him) functions as a potent companion piece for fans of the Russian dramatist, providing a rich biographical context that casts classics like Uncle Vanya, Three Sisters and The Cherry Orchard in a new light.

Through the letters, we get a glimpse of the Russian theatre scene in the late 19th and early 20th centuries (Knipper was an actor at the Moscow Art Theatre) as well as Chekhov’s later life as he travels through Europe and later retreats to his secluded villa in Yalta, where he penned his final plays but was never fully recovered from tuberculosis.

Visually, Richard Sheridan Willis pulls off a convincing Chekhov and turns in a strong performance alongside Rena Polley‘s Knipper. The set is very sparse, and the action often symbolic. The contents of the letters frequently focus on Knipper’s roles in Chekhov’s plays in Moscow and St. Petersburg, his growing jealousy of her active social life, and their plans to try to spend more time together.

This is a rare treat for dedicated fans of Russian theatre and literature (there are lots of mentions of other important contemporary figures like Stanislavski and Tolstoy), but a working knowledge of Chekhov’s life and work is a prerequisite for appreciating this detail-laden piece, which is likely to go over the heads of the uninitiated.

Still, it is an important piece of theatre history that renders this late period of Chekhov’s life in a way that feels thematically and tonally consistent with his work.