NOW MagazineCultureTheatreIllusions is hard to love

Illusions is hard to love 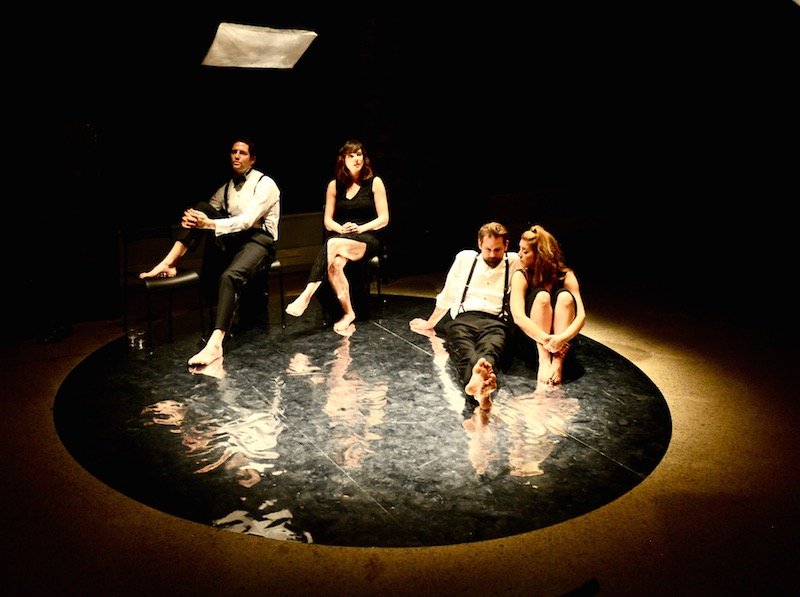 Ivan Viripaevs Illusions begins simply enough with a woman recounting her dying husbands final thoughts about love and their 52 years of marriage. But, of course, nothing is ever simple when it comes to love.

Translated from Russian and making its Canadian English premiere (it also includes some French), the play delivers an alternately confusing and amusing examination of the complexity of relationships. However, this production often falls flat.

The story unfolds in a series of monologues that reveal the history of two couples in their twilight years. Friends for over half a century, their lives have intertwined in very intimate ways, and affairs may have taken place.

The cast of characters is listed in the program as First Woman (Laurence Dauphinais), First Man (Brett Donahue), Second Woman (Marie Eve Perron) and Second Man (Andrew Shaver), but we do learn their names: Sandra and Denny, Margaret and Albert.

Viripaev relies entirely on exposition. The script forgoes traditional dialogue, and the characters communicate through monologues. This creates an emotional distance between them, and between them and the audience.

It is challenging to determine whose version of the story to believe. Sandra and Albert sometimes speak on Dennys behalf, but each has a different perception of him. When Denny speaks, its clear he isnt always being honest. Contradictions lie everywhere.

Theres a sameness to the acting, but Perrons Margaret stands out because she uses her voice and body very expressively. Even her entrance (the pace she moves at, and the fact that shes holding her shoes while the others are barefoot) makes it clear that theres something different about her.

Actor Shaver does double duty, co-directing with Paul Flicker. The staging is static, and the characters hum or sing to fill pauses or underscore dramatic moments. One exceptional scene places Margaret and Albert outside the theatre on the Carlaw sidewalk. A window blind is lifted to let us see and partly hear them through the glass. It breaks the monotony of a restrained production.

Illusions explores love, death and regret in unsentimental yet profound ways. It doesnt moralize or offer answers to complex questions. While the production falters, the play itself makes a lasting impression.