Iphigenia And The Furies (On Taurian Land) is a theatrical triumph 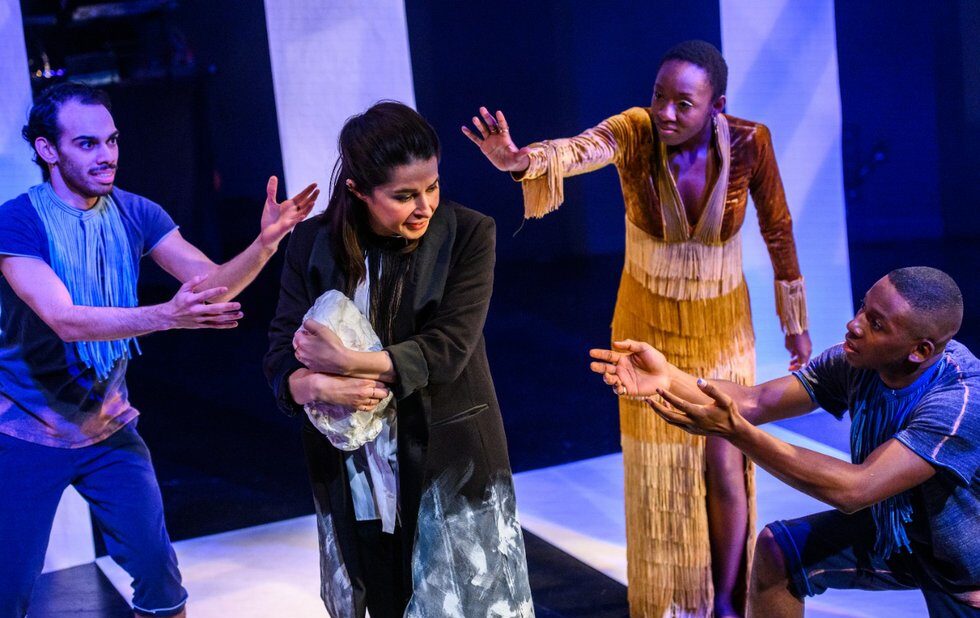 This story begins with Iphigenia describing her sacrifice at her father Agamemnons hands and her rescue by Artemis, who delivered her to a temple and dubbed her high priestess whose duties are to perform sacrifices for Artemis herself. Meanwhile, in his escape from the Furies, her brother Orestes lands at the temple on a mission: Apollo has promised him a reprieve in exchange for the sacred statue inside the temple of Artemis.

In traditional Greek tragedy fate plays a central role, but this assumes that identity is fixed, and that the resulting action is inevitable. Ho wants to question what revisiting these myths would mean for POC, which means questioning this dynamic between identity and action. In Iphigenias case, is the repetition of trauma (sacrifice) inescapable, or do we have the choice to break out of such cycles? And, as Ho mentions in the program notes, when one cycle ends, which others can emerge?

The language is contemporary and signals a self-awareness that could be cheesy but in the hands of this production is grounded. Virgilia Griffith as Iphigenia is stunning from the first moment, even delivering lines like I should have died, but you know: miracles, or whatever, with an astounding gravitas. Augusto Bitters Pylades is hysterical in his comedic timing and physicality. Thomas Olajide as Orestes ranges from gleefully mischievous to solemn. PJ Prudat as the Chorus provides a nice contrast with her lighter, playful delivery.

Christine Urquharts costume designs are simple but evocative. The neckline of Iphigenias gold dress suggests regality, while Orestes and Pylades wear neckpieces that sit overtop simple shorts and T-shirts. Her set possesses the same qualities. White fabric hangs against the black-box stage with openings that create the image of a temple while alluding to Iphigenias imprisonment.

Jonathan Seinens direction balances the sarcastic self-awareness and often goofy physical comedy with the darker emotional realities of the characters.

A brilliant execution of an insightful script that entertains and leaves the audience with lots to think about.