Isaac’s Eye is an entertaining, if familiar, look at male ego 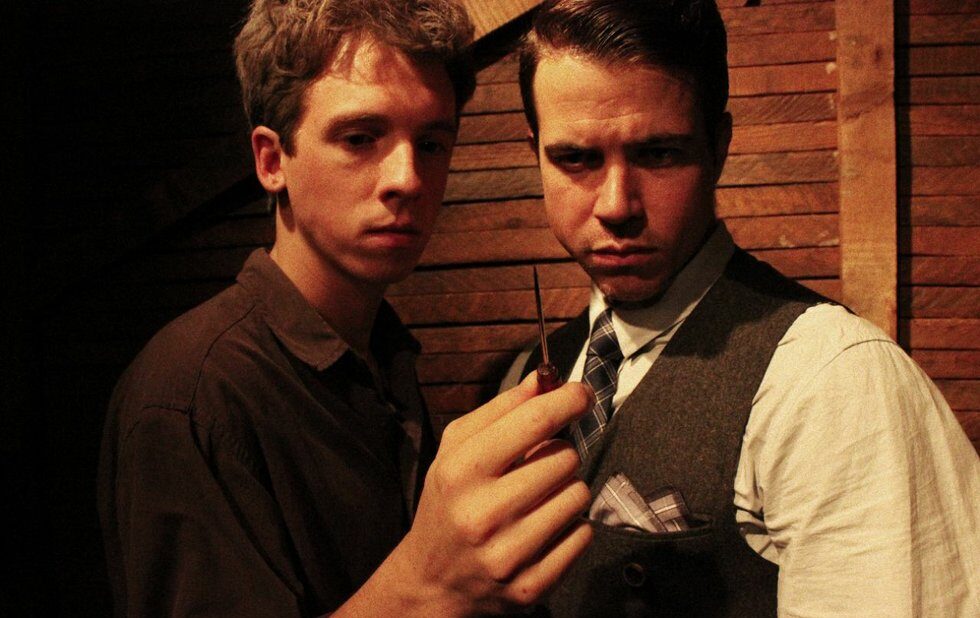 Would you stick a needle in your eye to prove that you were right? For most people, that would be a hard no. But if history has taught us anything, its to never underestimate the willpower of a man-child. That comes up in Unit 102 Actors Companys Canadian premiere of Isaacs Eye, a darkly comedic battle of egos between two natural philosophers obsessed with light and their own brilliance.

A young Isaac Newton (Christo Graham) contacts renowned natural philosopher Robert Hooke (Brandon Thomas), looking to find a way into the prestigious Royal Society. Initially dismissive, Hooke realizes that Newton is writing on the same topics as him, and he pays Newton and his wannabe fiancee, Catherine (Laura Vincent), an uncomfortable visit.

The script, by Obie Award-winning Lucas Hnath, is sharp and often bizarrely funny as it navigates the space between history and fiction. Everything that is historical fact is written on the walls by the narrator (a stoic Francis Melling), who speaks directly to the audience and acts as an arbitrator of truth throughout the play.

Hnaths use of colloquial, modern language lends the piece a timelessness the clear line between fact and fiction offers insight into what the playwright is actually trying to say. What does it mean to be remembered in history when you treat the people around you so poorly? With this question looming, the play quickly becomes a disturbing competition between two man-children who consider nothing beyond themselves (and their desires) sacred a modern story if ever there was one.

By turn pompous and predatory, Thomass greased-up Hooke delivers both comedic relief and the most unsettling plot points. Graham plays Newtons brilliance with youthful charm and a distracted intensity. Mellings tearful monologue as the plague-ridden Sam illuminates the heart of the play (and the heartlessness of the other characters). As Newtons would-be lover, Vincent is impatient yet bizarrely accommodating. While Hnath might be making a commentary on Hooke and Newtons lack of care for the people around them, the writing mirrors their behaviour, and utilizes the supporting characters (particularly Catherine) as a means to an end.

Adam Belangers directorial debut is strong. The pacing of the piece is spot-on, moving between the comedic and the grotesque so quickly that I often paused to wonder what exactly I was laughing at.

Despite the occasional drag and a few moments of awkward blocking, Isaacs Eye is an entertaining if all-too-familiar look at male ego.