Legendary Aboriginal actor deserves a better show than this 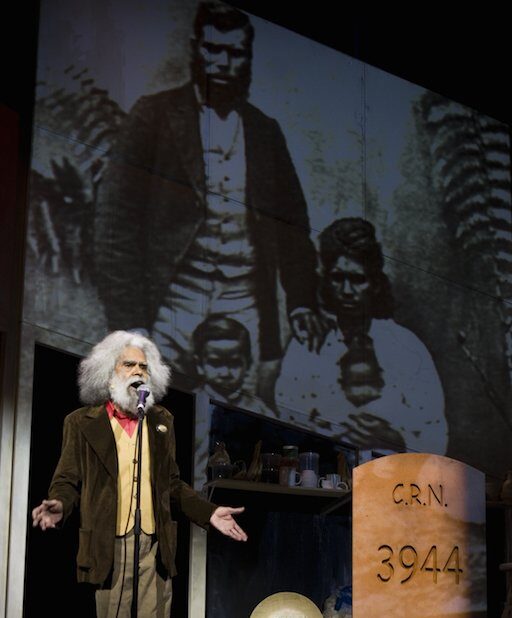 Jack Charles has had a fascinating life and career, and he deserves a solo show that does them justice. Alas, that show is not Jack Charles V The Crown.

The Aboriginal actor is well-known in Australia, where he starred in such legendary films as The Chant Of Jimmie Blacksmith and founded the first Aboriginal theatre company.

But he also spent much of his life in and out of prison, mostly for theft to support his drug habit. The title of this play, the opener of Canadian Stage’s ambitious Spotlight Australia series, suggests Charles ­defending himself in front of his country’s legal system – something he attempts in the second half of this confusing show.

There’s lots of dramatic potential in Charles’s story. Separated from his birth mother as an infant, he was raised (and abused) in a Salvation Army Boys’ Home, sent to foster homes and denied any knowledge about his background. Obviously there are disturbing parallels with Canada’s own Indigenous people.

But neither Charles nor dramaturge/co-writer John Romeril – who, incidentally, directed a doc about Charles called Bastardy that helped kick-start the current work – have shaped the material into anything compelling.

After a disorienting opening featuring images from that doc, Charles appears and starts making pottery, a subject you think will have resonance later but is quickly dropped.There’s no sense of chronology or logic. Charles never mentions what he got out of acting or drug-taking. Even his decision to quit using is glossed over. Abuse is hinted at but unexplored.

However, there are some fascinating archival images, and Charles, with his grizzled, shaggy look and sarcastic delivery, has an undeniable charm – when you can understand him (the sound system seems muffled).The live three-person band acts as bridge between stories but, like a lot of the show’s elements, doesn’t add much.