Shakespeare's moving tragedy gets a fine production at Stratford 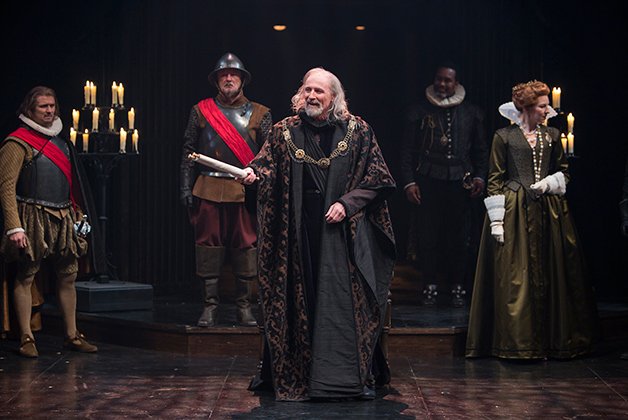 King Lear is one of Shakespeare’s best plays, a rich look at family, loyalty and a world in which fairness doesn’t always prevail.

In the hands of thoughtful director Antoni Cimolino and a generally excellent cast, the Stratford production is a winner, far more moving than the festival’s previous staging.

Lear (Colm Feore) plans to divide his kingdom among his daughters, Goneril (Maev Beaty), Regan (Liisa Repo-Martell) and Cordelia (Sara Farb), in exchange for statements of their love. The first two lavishly express their affection, the third states her devotion is only the duty owed a father. Angrily, he disinherits her and divides her portion between the others.

In a parallel story, the Duke of Gloucester (Scott Wentworth) makes a similarly wrong decision in believing his illegitimate son, the finagling Edmund (Brad Hodder), over his legitimate child, Edgar (Evan Buliung).

Feore’s ruler begins as a very human king, easy to relate to and neither weak nor old – if anything, he could be a baby boomer in medieval dress – with warmth toward his children and a later believable surprise at how the two elder daughters treat him. The actor’s work makes his descent into tragedy all the more heartbreaking.

He grows from an impetuous ruler to a sadly abused castoff and finally a dignified human being who has felt the sting of life’s unpredictable misfortunes and joys. As he gleans the truth of the Fool’s double-edged remarks – and this pair, king and jester, clearly share a warm relationship – we witness the start of his regeneration, which continues in the storm scene and then, in his full-blown madness, he develops the simplicity of a child who learns from what he has been put through.

At the start, Beaty and Repo-Martell don’t hint at the conniving nature of his daughters, though each turns cold and hard as the play progresses. Beaty’s Goneril commands the stage with her voice and presence from the opening scene she’s clearly pushed over the edge into viciousness when her father curses her. Repo-Martell’s Regan, playful at first, becomes more sharply defined and devious as her desires become clear.

Other members of the acting company are memorable, including Jonathan Goad’s loyal, flinty and passionate Kent, Stephen Ouimette’s sympathetic Fool, who combines wisdom and comedy in a remarkably nuanced fashion, and Mike Shara’s truly nasty Cornwall.

In the subplot, Wentworth paints an emotional Gloucester, easily fooled, while Buliung’s initially nervous, innocent Edgar, as gullible as his father, goes on a journey as harrowing as Lear’s. He emerges a figure of integrity and trust, tenderly reconnected with the blinded Gloucester.

Not all performances are well defined. Though it’s hard to play a figure defined largely by virtue, Farb’s Cordelia could use a greater sense of determination and nobility. Hodder’s Edmund is also thinly developed, never convincingly duplicitous and dangerous.

There are a few problems with the staging, as well. Cimolino aims for the occasional note of social and class commentary but it doesn’t resonate sufficiently.

The Festival Theatre is one of the best equipped in Canada, and the director shows off its capabilities in the storm scene. Still, there’s important text here, too, and we only catch the occasional phrase in Feore’s delivery, a problem not with the performer but the literally thundering sound system and blinding lights.

But even with its flaws, this is a Lear to celebrate.