NOW MagazineCultureTheatreLulu V.7 updates classic to reflect on #MeToo and the Toronto killings of gay men

Lulu V.7 updates classic to reflect on #MeToo and the Toronto killings of gay men 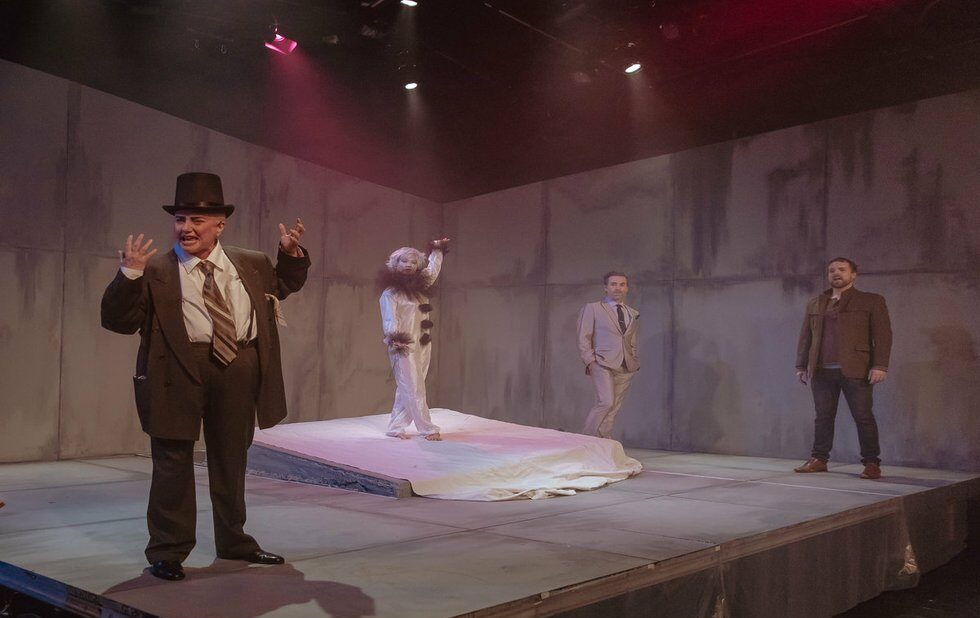 Four years and six iterations in the making, this epic, experimental and challenging exploration of sexuality gets its biggest staging yet, and at just the right moment.

Much more than a deconstruction of German fin de siecle playwright Frank Wedekinds controversial Lulu cycle, this ambitious tour de force crafts a critical space to rethink the rules, boundaries and discourses governing sex, companionship and our bodies in the wake of #MeToo, and the serial killings of gay men in Toronto.

Anyone who has seen director and co-creator ted witzels previous work like Woyzeck, The Witch Of Edmonton or The Resistible Rise Of Arturo Ui, knows he loves to excavate weird, old, nearly forgotten plays, pump them full of eyebrow-raising spectacle and revel in just how much these provocative voices from the past can teach us.

The first half of this three-hour-long show, co-created with writer Susanna Fournier and scenographer Helen Yung, is a modern, meta-theatre condensation of Wedekinds wild, sex-and-blood-drenched Lulu saga, about a hedonistic femme fatale (Rose Tuong) and the bizarre constellation of terrible men in her sexual orbit.

The slow-burning, highly symbolic second half provides a crystal-clear response to the questions stemming from Lulu and Wedekinds late nineteenth-century cosmopolitan scene and similar ones in circulation today. If the over-the-top action of the first half leaves you worrying that the teams ambitious reach has exceeded their grasp, a series of revealing and hard-hitting monologues here discuss the key issues in plain, intimate and honest terms.

In one of the monologues, which garnered instant applause in the performance I saw, Richard Lam starts off relating funny ways to respond to unsolicited dick pics on Grindr, then debates the practice of groping in gay bars post-#MeToo and ending with a discussion of vulnerability in queer circuits, touching on Victorian monsters like Jack the Ripper, Dracula, and Jekyll and Hyde, to understand modern ones like Bruce McArthur.

There is a lot going on in Lulu perhaps too much for some but the artists maximal, intertextual, bricoleur approach feels unique and fitting. A powerful purification ritual presented toward the end punctuates the crucial questions at the heart of the show: who and how should we love? And how do we get there from here?