THE FULL LIGHT OF DAY by Daniel Brooks (Electric Company Theatre/Banff Centre for the Arts and Creativity/Canadian Stage/Luminato). At the. 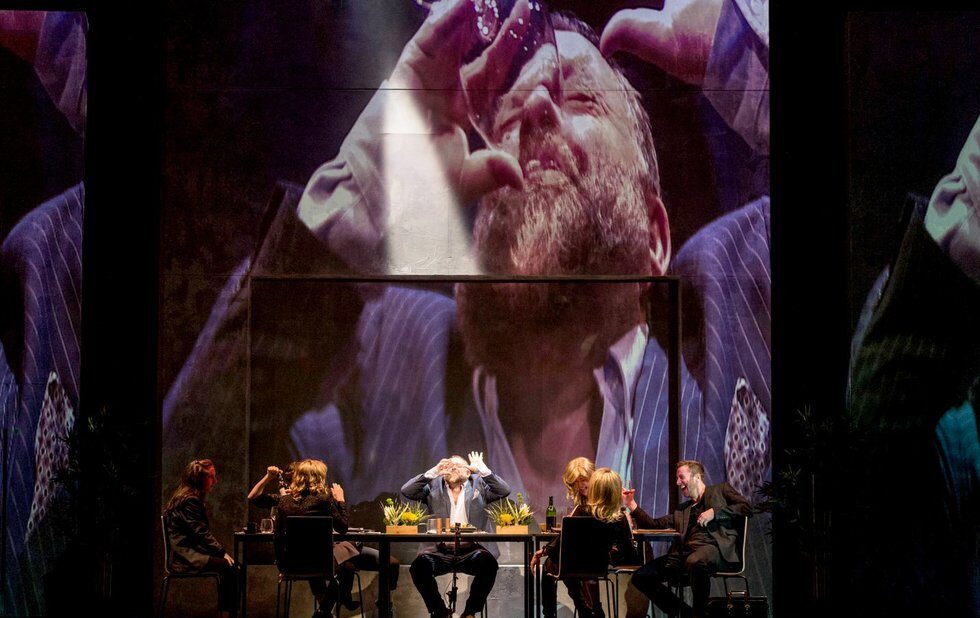 Writer Daniel Brooks and director Kim Colliers epic, multimedia look at a wealthy, corrupt Canadian family firmly belongs in a major arts festival like Luminato. Its themes are timely yet universal, the acting solid and the production an intriguing mix of theatre and film techniques. Its too bad the piece doesnt quite feel finished.

The first introduces us to the members of a family whose money, it soon becomes clear, is dirty.

Husband Harold (Jim Mezon) has basically retired from his real estate development work, but hes haunted by some unsavoury business transactions. Older son David (Dean Paul Gibson) has taken over and is an obnoxious boor, while younger son Joey (Jonathon Young) is nervous and directionless. The familys only daughter, Jane (Jenny Young), is still grieving the death of her husband.

The calm centre of them all is matriarch Mary (Gabrielle Rose), a woman with a philosophical streak whos somehow been kept in the dark about the making of the family fortune.

But on the night of Marys birthday celebrations in Toronto, when Joey mysteriously fails to show up, she begins to think people are hiding things from her.

And so begins a soul-searching, stock-taking investigation into her life, which becomes key when, in the second act, she discovers shes dying.

In the interconnected stories and the themes of greed, sin and guilt, the play draws on everything from Greek tragedy and the Bible to modern soap operas.

But the characters arent very well developed, and even narrative plot points often seen from various perspectives can be frustratingly vague.

Things hinted at earlier in the play for instance, Davids possible implication in Janes husbands death arent resolved. Davids wife, Sherry (Jillian Fargey), and Harold seem to have issues, but theyre never developed. And the two scenes bookending the play involving Harold and a neighbour named Hans (John Ng) fail to pay off.

But under Colliers direction, the handsome production is always watchable. Julie Foxs set and Michael Waltons lighting evoke everything from a tasteful penthouse to a dark city street and a pool at a northern Ontario getaway.

And though Cameron Daviss real-time video projections are often too on-the-nose, for instance in the repeated image of a multi-branched tree (like a family, get it?), they also let us see close-ups of characters in key moments.

The combining of film and theatre techniques has been done more effectively in previous Electric Company shows like Studies In Motion and Tear The Curtain!, or, of course, in works by Robert Lepage and Ex Machina.

And its not like these fine actors need the close-ups. Gibson oozes appetite and entitlement, especially in the plays grotesque second scene. Mezon’s Harold suggests a lifetime of swagger and entitlement, until his sins start catching up to him. Jonathon Young has a sharp scene as a minister whose impassioned sermon gives the show its title. And Vancouver actor Rose, whos best known in Toronto for her film work, gives the production a necessary touch of grace.

What The Full Light Of Day lacks is a sense of shared humanity, something found throughout Yasujiro Ozus Tokyo Story, which Brooks mentions in the program notes as his starting point for this play. Its easy to judge people, especially venal one-percenters, but its much tougher to forgive their failings. Ozu does that, which makes his works enduring works of art.