NOW MagazineCultureTheatreLuminato review: Forget Me Not

Luminato review: Forget Me Not 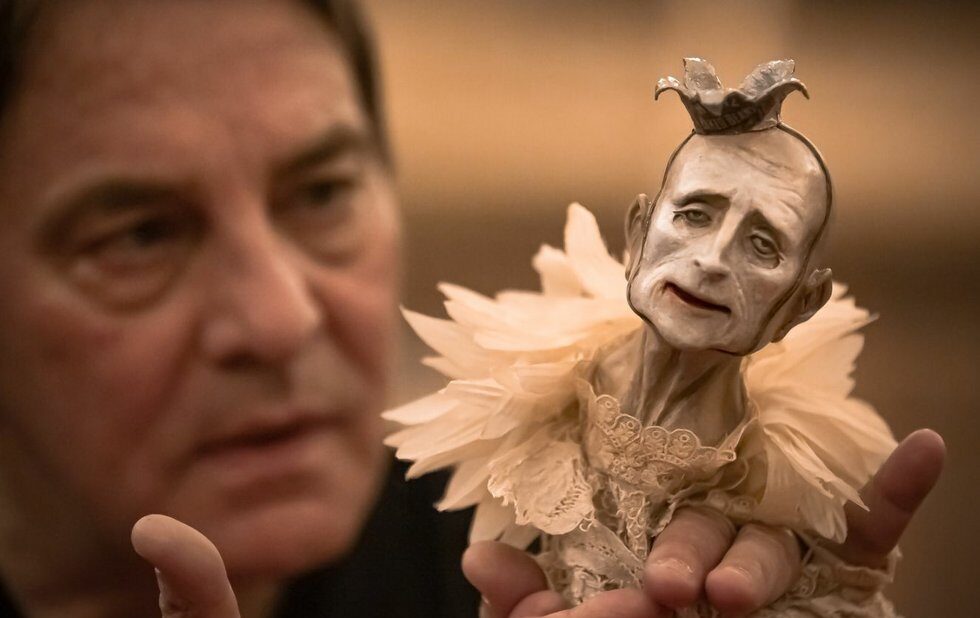 FORGET ME NOT by Ronnie Burkett (Ronnie Burkett Theatre of Marionettes/Luminato). At the Joey and Toby Tanenbaum Opera Centre (227 Front East). Runs to June 23. From $75. luminatofestival.com. Rating: NNN

Securing a Ronnie Burkett world premiere is a big coup for the Luminato Festival. Let’s hope dramaturgy continues on the Canadian puppetry legend’s show after this run ends and it travels to other destinations.

Burkett’s works have always been ambitious in setting and scope, dealing with things like the global AIDS crisis (Street Of Blood) and Nazi-occupied Czechoslovakia (Tinka’s New Dress).

Forget Me Not, like 2012’s Penny Plain, is set in some dystopia. We’re in the New Now, where words are forbidden and, thanks to a mysterious figure named She, an underground community of people send or receive written love letters.

Unfortunately, Burkett doesn’t establish this world very effectively at the start, so much of the show – which flashes back, forward and sideways – feels confusing and disjointed.

It’s unclear, for instance, what the figure of carnival ringleader Zacko Budaydos and his Dancing Bear have to do with the love letter narrative, although they take up a large chunk of the two-hour show.

Burkett’s big innovation this time involves his use of the audience. This is a fully interactive and participatory experience. We help illuminate the puppets, via portable flashlights we play old fashioned vinyl records (to original music by John Alcorn) when directed to by Burkett and, most memorably, we get to stuff our arms into one of the handmade puppets to become active figures in Burkett’s universe.

The show certainly generates a communal feeling as we travel from one vignette to the next in the large, airy Joey and Toby Tanenbaum Opera Centre.

Some sequences carry a lot of symbolic weight, even if their literal meaning is at times lost. For instance, at one point, Burkett and a puppet – I can’t remember which one – single out an audience member for a ritualistic foot bath, and there’s something humbling and primal about witnessing this scene.

Throughout, Burkett seems to be critiquing the dangers of the current political move toward populism. In the most powerful scene, we’re asked by some despot to beat up a beloved character. Will we do what we’re told? Will we stand by and watch violence happen?

As usual, the show’s design is exquisite, and being able to move around and get close to the puppets allows us to appreciate the subtlety of their design. (Especially wondrous is the tattooed woman.)

I just wish as much care had been lavished on the script. As he usually does, Burkett relies on melodramatic elements, and he pushes the sexually suggestive puns a little too relentlessly. And the show’s title feels shoehorned into the narrative.

Still, it’s always fascinating to watch a new Burkett show, and this one allows you an up-close look at all the innovative work and artistry that goes into one of the world’s oldest theatre forms.

The plot might be forgettable, but Burkett’s craft isn’t.