NOW MagazineCultureTheatreLuminato review: NASSIM is a brilliant show about language, home and humanity

Luminato review: NASSIM is a brilliant show about language, home and humanity 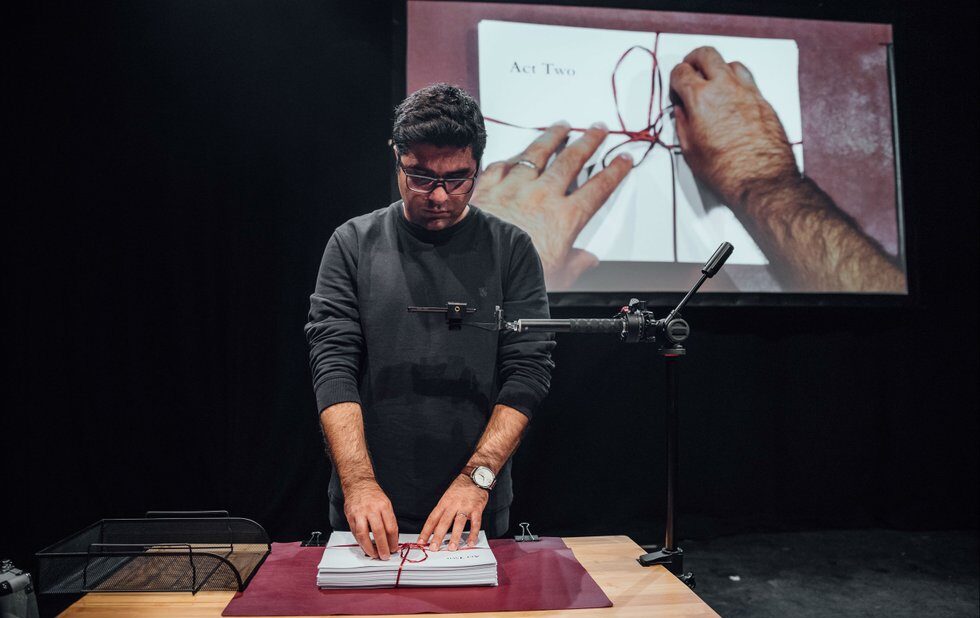 Iranian playwright Nassim Soleimanpour had an international hit with his political play White Rabbit Red Rabbit, which, after premiering in Toronto at SummerWorks in a 2011 production by Volcano Theatre, has been performed more than 1,000 times by everyone from Stephen Fry to Whoopi Goldberg.

Soleimanpour wasnt present for those performances, a chair representing his absence because he couldnt leave his native country after having refused to take part in military service.

He is present for his new, equally fascinating play NASSIM, however, even if it takes a while for him to appear.

A guest artist, different every show (on opening night it was The AMY Project artistic director Nikki Shaffeeullah) follows instructions on a screen about opening up a box in which Soleimanpours script is waiting, unseen.

What follows, sharply directed by Omar Elerian, shouldnt be spoiled its part scavenger hunt, part language course but it involves learning a few phrases in Farsi, playing some games and sharing photos, souvenirs and ideas about family and romance.

Soleimanpours text is alternately clever, funny and moving. At its heart, its about the universal power of storytelling, and the irony that his plays have been performed in so many places except his home country.

The way he deals with that last issue is, simply, remarkable, the motifs and images coming together in the moving and heartfelt final minutes.

Shaffeeullah, spontaneous and grounded (love how she added a non-gender-specific riff on the phrase ladies and gentlemen), made an affable, articulate guest, eliciting contributions from the audience with warmth and humour.

Im tempted to attend these other performances, if only to re-experience the feeling of a room full of people sharing a common language to witness the struggles and joys of the human condition.