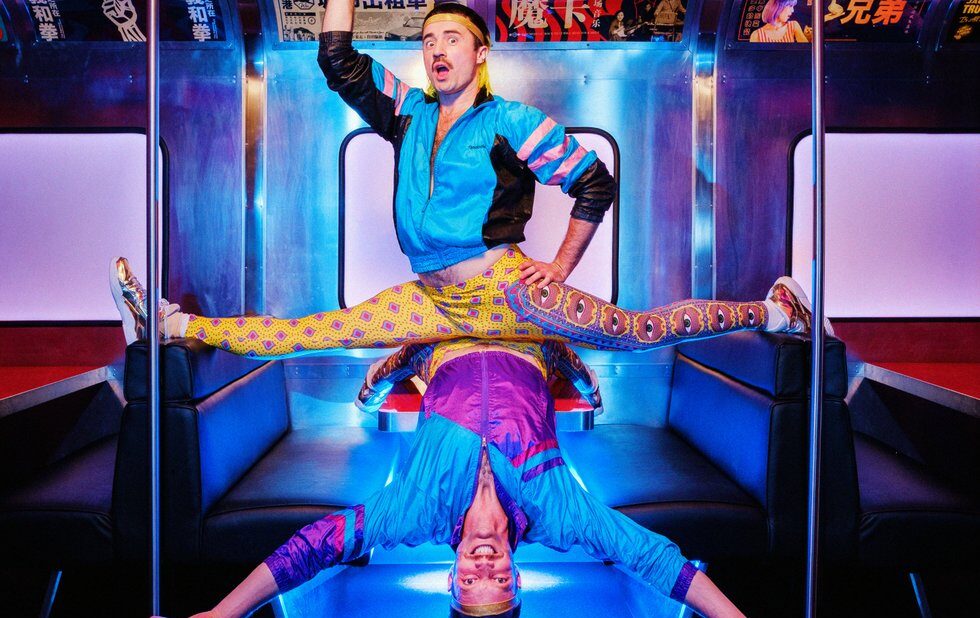 The fiercely talented Lords of Strut are endearing

As always, there will be plenty of deep, thoughtful entertainment at this years Luminato Festival. Just dont expect to find much in RIOT.

But for some breezy, light summer fun, the cabaret from Irelands THISISPOPBABY fits the bill. This would have worked nicely in the fests previous Famous Spiegeltent venue.

Living up to its title, the show recklessly mixes together music, drag, acrobatics, dance and spoken word. The results arent the most thematically consistent, but they are colourful, especially in the eye-popping costumes by Niall Sweeney.

Highlights include the endearing, goofy yet incredibly nimble team of Cian Kinsella and Cormac Mohally, aka Lords of Strut, who send up everything from 80s dance moves and fashion to organized religion.

Dance duo Up & Over It (Peter Harding and Suzanne Cleary) both embrace and subvert known movement styles, particularly Irish dancing.

And Kate Stanley Brennan, when she can be properly heard, triumphs in a couple of spoken word numbers, particularly one about the cycle of poverty. A line in another bit about the recent referendum on abortion rights got cheers from the crowd.

While confident emcee Panti Bliss (Rory ONeill), with her rat-a-tat-tat delivery style, could tie things together, her routines are uneven, especially the disorienting lip-synching number at the top drawn from quotes from campy movies.

Better is her extended monologue about wanting to be Farrah Fawcett although this, like a lot of the show, doesnt connect with anything else.