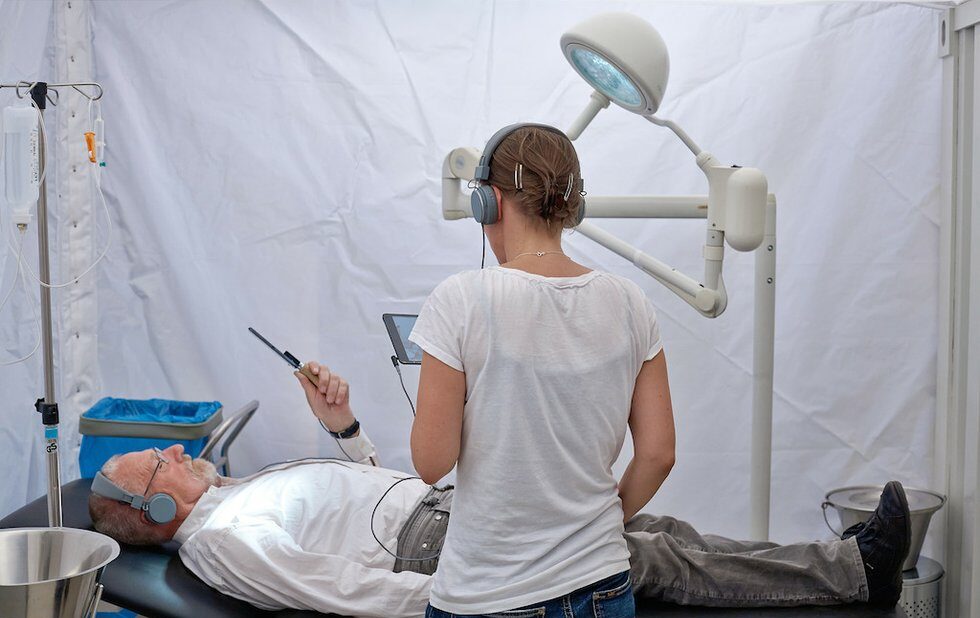 Later this week, there will be some Luminato shows where you can take a seat, sit back and watch things unfold on a stage. But so far the festival’s two performance-based shows have been all about interaction, getting down and dirty in and around the Hearn.

By the end of both “shows,” there’s really no one to applaud, unless you want to give yourself a hand for making it through intact.

Survival, by the way, is a key theme in the festival’s ambitious Situation Rooms, by Germany’s Rimini Proto­koll. It’s a high-concept riff on the maxim that you can’t understand someone until you’re in their shoes – or in this case, seeing and hearing what they do.

Only 20 people are admitted per show, and that number has to be exact. Each audience member, wearing headphones and carrying a tablet, gets to “become” 10 real-life people whose lives are connected somehow to the arms trade – everyone from politicians and weapons manufactur­ers to soldiers on the front lines of wars and the doctors who care for the wounded.

We hear these people’s stories through the headphones and “see” their lives on the tablet screens as we walk around the various rooms. (Each section takes about seven minutes.) The experience is so carefully calibrated that the other audience members become part of our worlds, too, as they hand you USB keys in a factory, for instance, or prepare ­borsht for you in a crowded rooming house. (Be careful, though. You may have to rinse out that bowl afterwards.)

The white-collar play-acting scenarios aren’t as immediately effective as the those for the pawns in the arms game, although being a com­puter hacker is pretty cool. I’m not sure I will soon forget the experience of becoming an African child soldier or an Israeli gunman lying on the ground for hours.

While the production and timing of this piece are impeccable, by its very nature there can be no dramatic arc, and the end feels anticlimactic. But the experience of inhabiting these people will still leave you shaken. 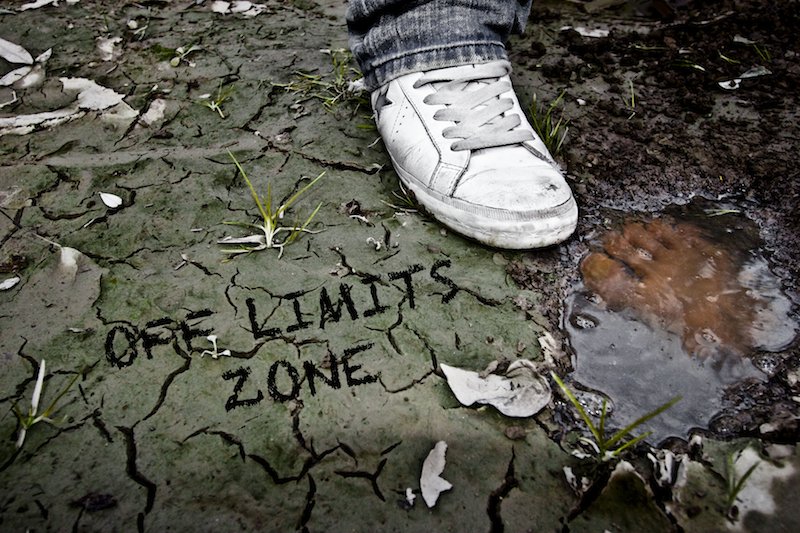 There’s more of an emotional connection in Off Limits Zone, a one-on-one walkabout experience devised by DLT’s Daniele Bartolini and Nicole Dufoe that plays with the idea of wants and desires.

After meeting someone at a designated area in the Port Lands, you’re set loose to take a journey to a place called the “zone.” On your own (but wearing a red cloth to identify you), you follow a path and, now and then, encounter strangers who might tell you about the zone, try to communicate in another language or lead you on your way.

I had a couple of wonderful en­counters with two characters, one an aspiring poet (Daniel Carter) who was obsessed with Rimbaud, and the other an actor (Joslyn Rogers) who quizzed me about filmmakers and made me participate in some mock film audition sequences. Both per­formers were open and engaging the more I gave, the more they gave back.

The less said about the climax the better. Everyone’s experience will be different, but your awareness of sight, sound and desire will be subtly affected. It’s a haunting way to spend 70 minutes.