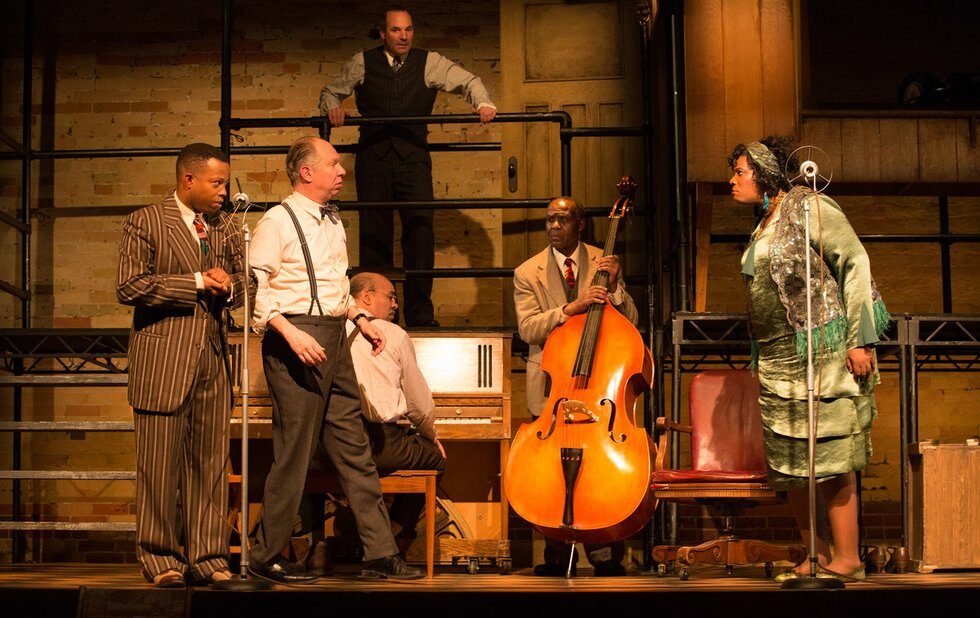 Soulpepper’s scorching production of August Wilson’s 1982 play opened too late to qualify for the Dora Mavor Moore Awards, but look out next year.

Masterfully helmed by current Soulpepper academy member Mumbi Tindyebwa Otu, the play and production crackle with an energy and intensity seen too rarely on our stages.

Wilson (The Piano Lesson, Fences) is expert at illustrating character through story, not just in what people are saying but in how they say it and how the others respond.

Tindyebwa Otu and her cast ensure every observation about a pair of shoes or side-eye judgment about books or religion registers. There’s tension beneath even the most benign exchange.

When Ma arrives with her entourage – nephew Sylvester (Marcel Stewart), girlfriend Dussie Mae (Virgilia Griffith) – they’re followed by a policeman (Derek Boyes) and the stakes are raised even higher.

What’s thrilling about the play is how much is going on. There’s the pull of the music, of course (and wow, can these actors ever sing and play!), but also the question of whether the recording will come off. Then there’s the matter of Levee, who eventually wants to record his own songs, eyeing Dussie Mae. And will the band members get paid in cash? (As Black men, no one will accept their cheques, we learn.)

But while horrifying stories about whites abusing Blacks emerge, one of the deepest themes comes from Ma’s angry bit of wisdom about how Black artists will be exploited for financial gain, a truth that still resonates today.

Against Ken MacKenzie’s three-tiered set, with its telling hierarchical levels, the actors play out this story with complete confidence.

Bridgewater has the presence and pipes to make you feel like you’re watching the real Ma Rainey. In a showy role, Adams-Gray evokes the unpredictability of a powder keg – understandable, given his character’s history – but equally fine are the slow-burning Dixon, heartbreaking in a story about an ex-wife, and Owen Pierre, the calm go-between who eventually loses it.

If you’ve ever wondered about the struggles and pain that helped form the blues, it’s all here in this magnificent show.