Maggie & Pierre, the revival of Linda Griffithss solo, is a winner 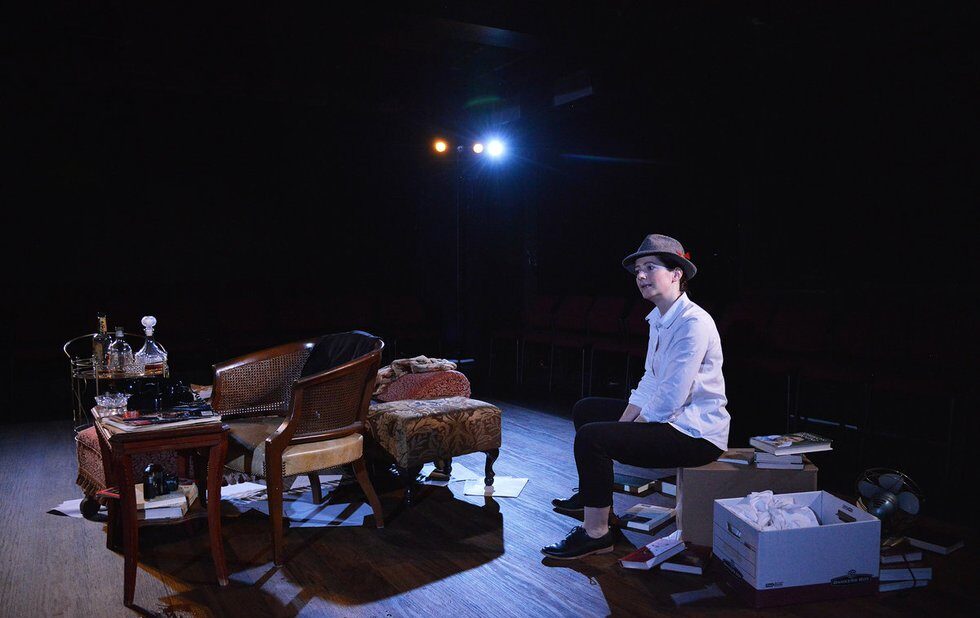 A little over a year after beloved playwright and actor Linda Griffiths died in September 2014, Justin Trudeau, the son of Margaret Sinclair and Pierre Trudeau, became Canadas 23rd prime minister. This revival of her 1981 Dora award-winning solo show about the current PMs famous parents and their unconventional marriage during the 1970s keeps Griffithss important legacy alive, and fruitfully explores a pivotal juncture in the Trudeau dynasty, one many Canadians are now too young to remember.

With sharp direction from Rob Kempson (Trigonometry, Mockingbird), Shakespeare in the Ruff artistic director Kaitlyn Riordan delivers an intense, inspired performance as the shows three characters: the titular couple, and a fictional political reporter. The story follows the pairs relationship from a chance encounter in Tahiti to the halls of power in Ottawa, where Pierre serves as Canadas first celebrity PM. The focus is on the dynamic of their divergent personalities separated in age by nearly thirty years, Maggie is a free-wheeling hedonistic hippie, and Pierre a paternalistic and erudite self-absorbed political visionary.

Written in 1980, just after Trudeau left office for the first time, and while the couple was separated but not yet divorced, Griffithss funny and incisive script was then contemporary commentary on why the pair captivated a nation, but also how this fascination reflected and further polarized Canadian voters.

Today, Griffithss keen observations that Maggies apprehension at being thrust into the spotlight in her early twenties paralleled Canadas inferiority complex among more powerful allies, and that her unlikely and turbulent marriage to Pierre was a potent metaphor for the precarious union that is Canada, serves as cogent and insightful historical analysis.

Riordan is captivating in all three roles, seamlessly switching between husband and wife during rapid-fire exchanges, and nailing Pierres well-known mannerisms, intonation, wit and catchphrases. As Maggie here the emotional foil to Pierres lofty rationalism her performance highlights a burning, scattershot desire for fun, freedom and fulfilling experiences largely absent from her cloistered life at 24 Sussex Drive.

Kempson nicely depicts this inner anguish in a scene set at the Governor Generals Ball where Maggies introductions to foreign leaders are interrupted by quick trippy hits of dizzying anxiety, punctuated by Oz Weavers lighting design.

Performed in the round, Kempson makes imaginative use of the stately living room set, with an ottoman becoming Pierres campaign soapbox, and a daybed transforming into the bank of a river Maggie looks out over.

With Riordan in command of this fun, fast-paced and intimate blending of history, romance and fantasy, its fitting to paraphrase Pierre: just watch her.