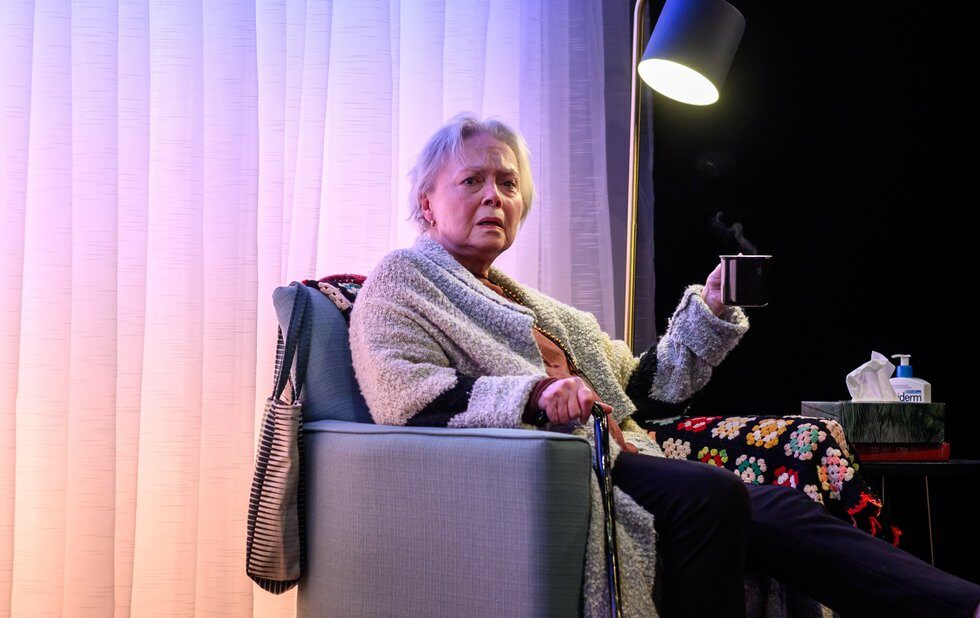 What does it mean to be human? Thats a theme in a lot of great art. But its also a literal plot point in Marjorie Prime, Jordan Harrisons Pulitzer Prize-nominated sci-fi drama getting a haunting production over at Coal Mine Theatre.

Marjorie (Martha Henry) is an octogenarian who, in the opening scene, is reminiscing with her husband Walter (Gordon Hecht). The twist no spoiler, because its revealed early on is that this Walter is a robot, named Walter Prime. He looks to be in his 30s (hmm.. his prime?) and is learning information about the real Walter by chatting with Marjorie as well as Marjories middle-aged daughter, Tess (Sarah Dodd), and Tesss husband, Jon (Beau Dixon), who have been worried about her since the human Walters death 10 years earlier.

Things are complicated, however. Marjories memory is shaky, especially around an event that happened decades earlier and radically affected her life.

What makes Harrisons 90-minute play and director Stewart Arnotts impeccable production work so well is how it makes us figure out whats going on. Even the way an actor steps onto the set designed with spartan simplicity by Gillian Gallow tells us something. And Nick Blaiss superb lighting, particularly illuminating a curtained window, helps orient us.

Harrison delightfully mixes the profound (what is memory?) with the seemingly trivial (is Jif better than natural peanut butter?). And in a way, the play comments on the idea of theatre itself. After all, isnt a play, on a very basic level, actors preprogrammed with dialogue, pretending to be other people?

When Canadian theatre legend Henry says, early on in the show, Sometimes I get so tired, it might provoke tears (I was practically ugly crying) because we feel the characters emotional weight and history behind it.

Hecht is unnervingly effective as the young Walter with his placid, unlined face its chilling to see him look on during the scenes hes not in, as if hes gathering more data.

And Dodd and Dixon have a believable couples chemistry, full of physical gestures, subtext and little idiosyncrasies. These details themselves make you wonder whether robots would know to recreate them.

They tell us something about these people and their complexities that cant be reduced to mere pixels. And theyre among the things that audiences will remember long after this deeply moving play has ended.