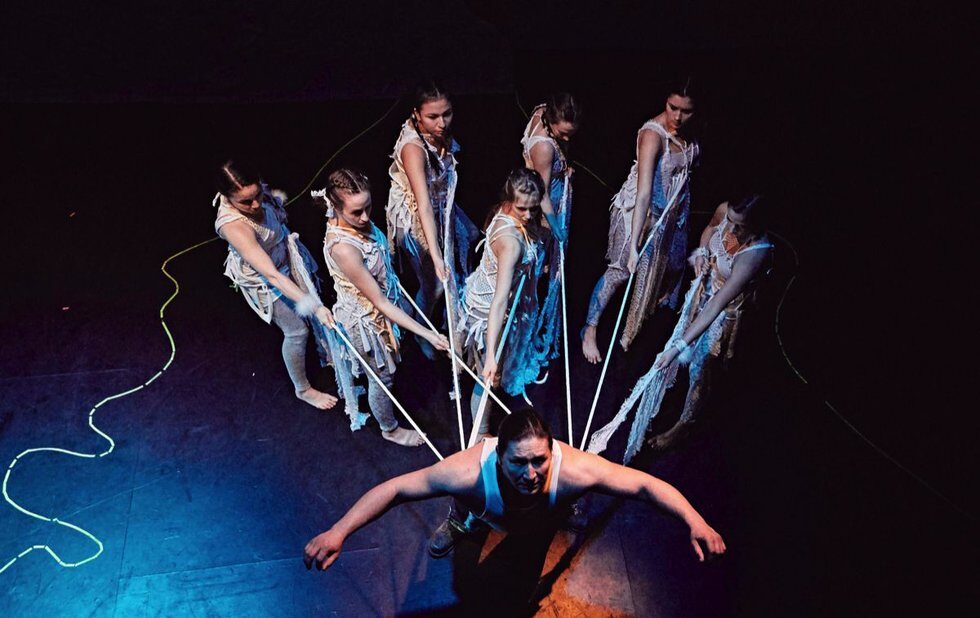 The Kinder Morgan Trans Mountain pipeline is not without controversy but any news report could tell you that. Bears, written and directed by Matthew MacKenzie, is a dark comedy that goes beyond the headlines and dives into the devastating consequences of the industrial expansion on stolen land.

This snappy commentary on an oil-hungry settler state willing to widen a pipeline at the expense of First Nations peoples is an Indigenous-led, multidisciplinary co-production between Alberta Aboriginal Performing Arts and the Edmonton-based Punctuate! Theatre.

The play was a way for MacKenzie to connect with his Cree, Ojibwe and Metis heritage, and was developed with the help of Christine Sokaymoh Frederick (artistic director of AAPA), and Cree Elders Jerry and Jo-Ann Saddleback. The result is searing.

Tar sands worker Floyd (Sheldon Elter) is on the run after he becomes a prime suspect in a workplace accident. Making his way to British Columbia via the pipeline trail, hes joined by a chorus of eight dancers that take on the forms of various beings and animals, including Mama Bear (played by Frederick).

Elter delivers a fierce performance, telling the story of the apprehensive Floyd in third person as he transforms into the creature hes held a lifelong affinity for.

Both the chorus and Frederick provide relief in disrupting Floyds constant state of alarm. They deadpan as he discovers changes in his body his gait widening, muscles bulging and his sudden ability to eat a ton of berries (Like, shit loads of them, quips the chorus) and they guide him as he sifts through childhood memories and experiences a sensual encounter with a grizzly (Gianna Vacirca).

T. Erin Gruber and Noor Dean Musanis UV lighting projections and wilderness soundscape are integral to the work and complement the hypervigilant mood thats rampant in Monica Dottors choreography of the chorus, who often oscillate between protecting and preying on Floyd.

The costumes (designed by Brianna Kolybaba and Dottor) contribute to the unstable nature as well. At the start of the play, the stripes on Floyds jumpsuit grab the audiences attention as they turn fluorescent under the UV lights. The reflective tape serves as a marker of existence in the dark, but it becomes a threat to Floyd when he finds out that Kinder Morgan has sponsored the RCMP search for him.

Its a witty, riveting and evocative production that never loses its pace. At 75 minutes long, its packed with the same adrenaline rush youd get from a sprint. And like any run, Bears will leave you breathless.