Measure For Measure in High Park explores oppression and abuse

SHAKESPEARE IN HIGH PARK: MEASURE FOR MEASURE by William Shakespeare (Canadian Stage). At the High Park Amphitheatre. To September 1.. 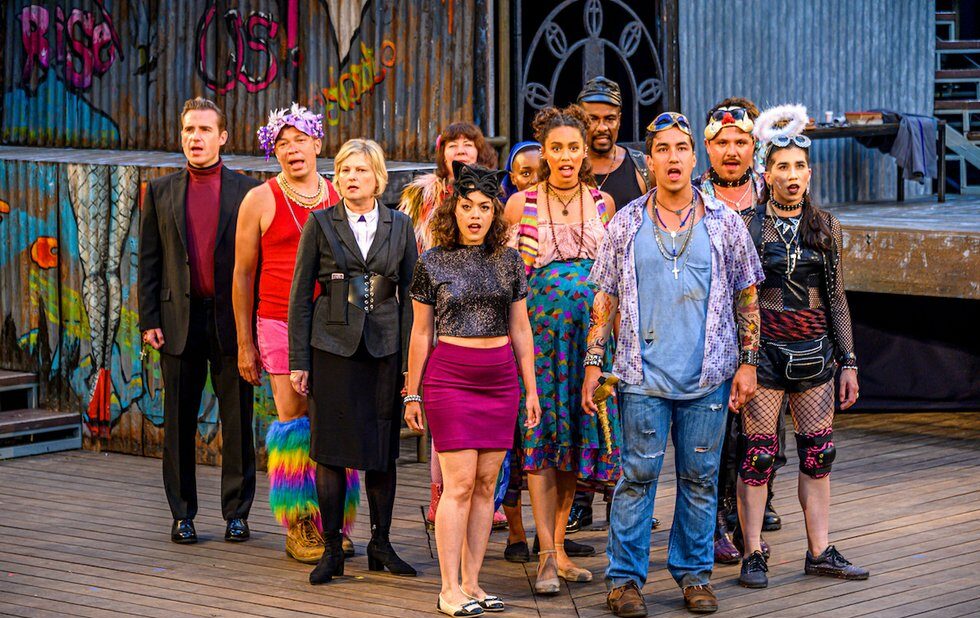 Director Severn Thompsons modern reimagining of one of the Bards darker comedies is bold and culturally relevant, but doesnt deliver on emotional depth.

In a complicated subterfuge, Duke Vincentio (Allan Louis) disguises himself as a clergyman, leaving Angelo (Christopher Morris) to rule in his place. Angry at the unbridled queerness and sexual liberation of the population, the austere Angelo decides to make an example of Claudio (Richard Lam), who impregnated Claudios fiancee, Juliet (Emma Ferreira), by sentencing him to death.

The ensuing plot resonates as timely within the context of #MeToo as we witness men exploiting the authority of their social positions at the expense of the most vulnerable simply because they can.

Yet while Thompsons staging pulls together many striking elements, the overall result lacks cohesion. The choral movement set to contemporary music that bookends the play is powerfully executed but doesnt add to the meaning of the plot. A scene set in the depths of the dungeons below the city has a haunting, horror vibe but in a jarringly different register from the rest of the production.

This discontinuity is further reflected in the performances. Natasha Mumbas Isabella is convincingly agonized over her brothers persecution, but she begins with such ferocity that she has nowhere to build as the stakes ramp up. Morriss Angelo is hawkish, lacking the smarmy self-assurance of his real-life counterparts who believe their positions will shield them from retribution. Louiss Duke one of the most complicated characters in the play is compelling to watch but comes off as a benign father pranking his children, providing no basis for his subsequent sinister trickery.

The supporting characters add vivacity and dimension to the show. Heath V. Salazar as Pompey stands out as the most compelling, bringing a wide range of tone and a consistent playfulness to each scene.

The diversity of gender and sexual orientation among the cast gives this production a fresh approach and makes the play feel urgent in a time when the Ford government is attempting to stunt progressive sex education. Yet despite the inspired setting and the strong supporting cast, this morality play is a superficial portrait of the complicated dynamics of oppression and abuse.