NOW MagazineCultureTheatreMidsummer (a play with songs) is a quirky, cute rom-com

Midsummer (a play with songs) is a quirky, cute rom-com 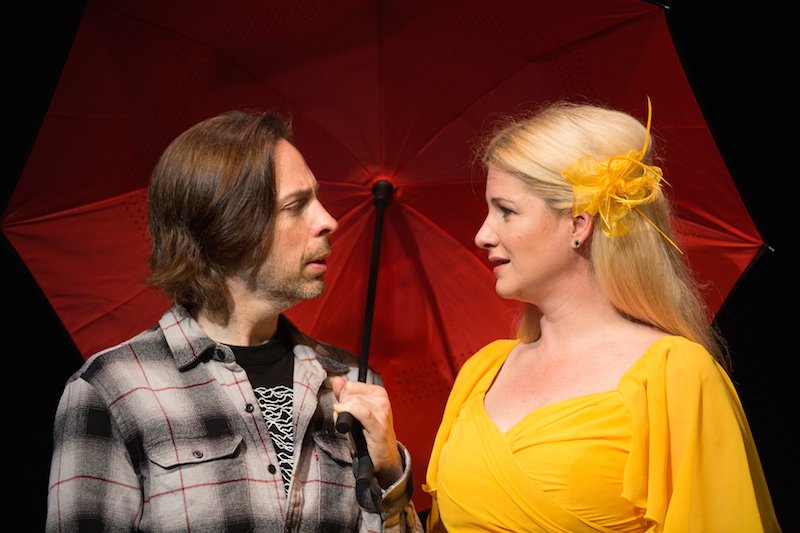 If you need a break from the daily news cycle of disaster and devastation, Midsummer (a play with songs), a quirky 95-minute rom-com, will provide sweet diversion.

The musical takes place over a midsummer weekend in Edinburgh. Helena (Carly Street) is a lawyer caught in a dead-end affair, and Bob (Brandon McGibbon) is a petty criminal whose life peaked in high school. Both are now apprehensively staring into oncoming middle age. They meet at a pub and go back to her place for a drunken hookup, but the one-night stand turns into a full weekend of adventure for the lonely, mismatched couple.

The plays success depends on the chemistry between the two leads, and its abundant in their flirting, romping, duets and eventual revelations of some weighty secrets. McGibbon and Street avoid superficiality, displaying tenderness and an empathy that takes the characters by surprise as their relationship evolves. The actors also play a handful of amusing supporting roles, delivered seamlessly while negotiating onstage costume changes and quick-paced dialogue.

They accompany themselves on guitar in the musical numbers, with McGibbon taking the lead as the more accomplished player. The score, written by David Greig and Gordon McIntyre, is rather homogeneous, but the performers beautiful harmonies suit the contemporary style. Some lyrics get huge laughs. In one song, Bob has a frank discussion with his genitalia, while another number goes into relatable detail concerning hangovers.

Director Tamara Bernier Evans makes some curious staging choices. The unconventional opening entrance doesnt serve the play in any significant way, nor does occasionally placing the characters in the aisles. However, the use of props on the bare stage works very well. Clothing trunks double as storage units, beds and a car, a guitar case becomes a toilet, and Bobs ripped plastic bag of cash emphasizes his sad circumstance.

Greig and McIntyre begin most scenes with one character announcing the time a simple yet effective way to move the action forward. Their descriptive language makes it easy to picture the pubs, the church, the goths and the wine salesman, drawing the audience right into Bob and Helenas humorous Edinburgh exploits.