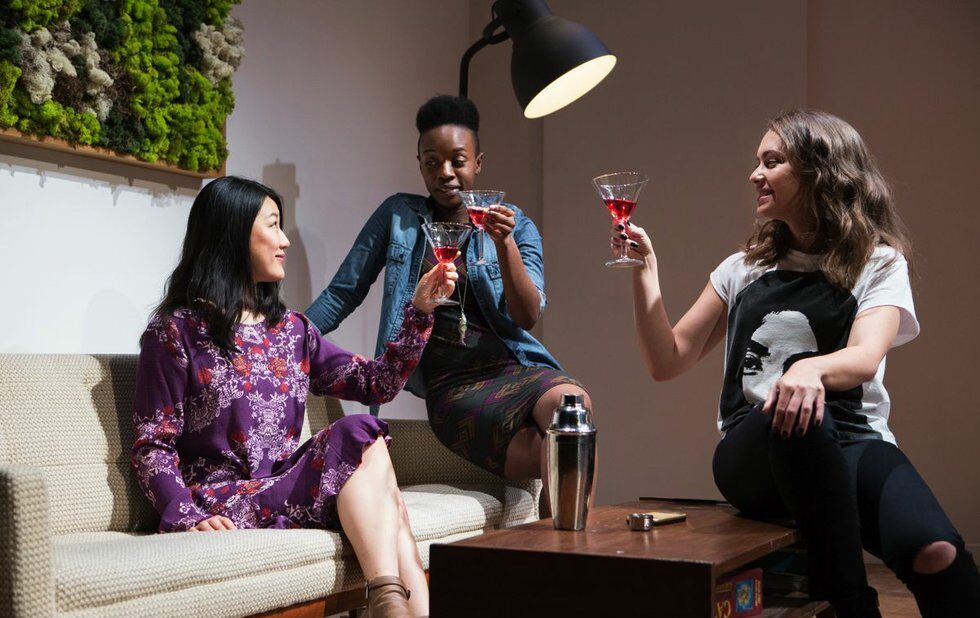 You cant have it both ways. Either you write an uber-contemporary play about millennials or you update a Restoration comedy that most of us have never seen. Its almost impossible to do both and, despite the fact that Erin Shields fell in love with John Vanbrughs 1697 play The Provoked Wife, its not clear why she would try.

Frank Cox-OConnell plays Charm, an egomaniacal YouTube star who has his own personal IT consultant, Raz (Alicia Richardson), and personal assistant, Mimi (Amelia Sargisson). Teasels been having a field day provoking Charm, calling him a bullshit phony, prompting him to fall in love with her.

Many moments in Shieldss in-the-moment comedy are satirically thrilling. References to ironic miso-gyny, sexual fluidity and do-gooding NGOs are consistently clever, and the search for that ever-elusive happiness feels authentic. The performers, for the most part, are good, especially Peterson, who has the unenviable task of making us care about an unlikeable character, and high-energy Mumba as Teasel.

But why, except for Shieldss obsession with an old play, the broad comedy? For some reason, Sargisson plays Mimi on her hands and knees for most of the show. And director Peter Hinton has elicited a clown-like, over-the-top performance from charismatic Cox-OConnell that feels like it belongs in another play. Its awfully entertaining, but it winds up being a distraction in almost every scene.

But the whole thing doesnt quite add up.