Mixing up identity, race and culture 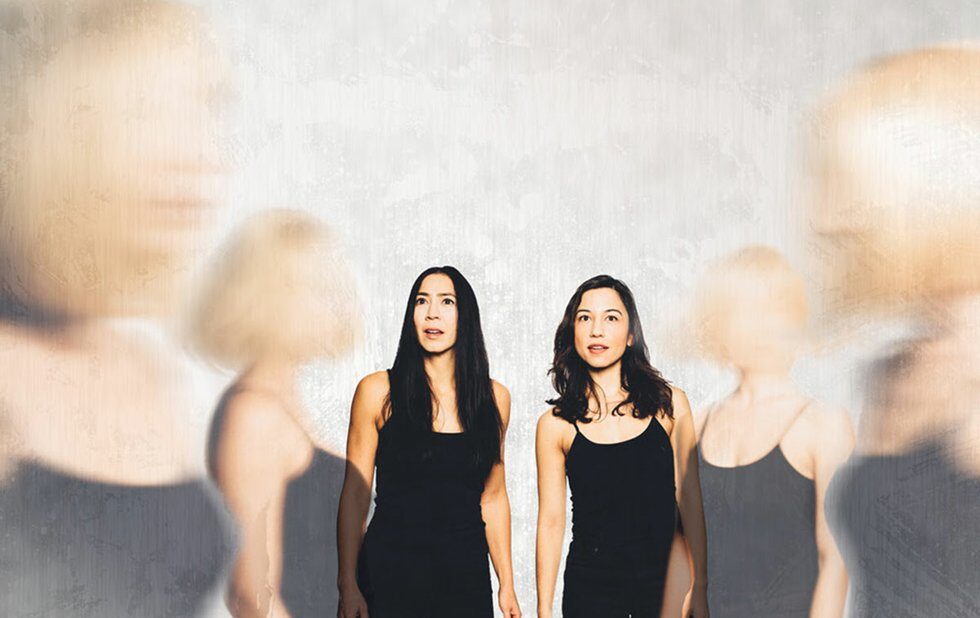 Zoe Doyle (left) and Vanessa Trenton star in a new production of the groundbreaking play.

Growing up, Julie Tamiko Manning didnt know many people who looked like her. Manning is half-Japanese and half-white, a hybrid identity that made her stick out in her hometown in the Eastern Townships of Quebec.

In the early 2000s, when Manning was in her 20s, she went to Vancouver for the first time and found herself working with a cast made up entirely of mixed race people. During that trip, she became friends with Adrienne Wong, a half-Chinese, half-white playwright and actor originally from Calgary and now based in Ottawa.

Adrienne and I totally bonded over being mixies, says Manning, who now lives in Montreal.

No matter what the mix is, theres a very similar experience that you have lived as a mixed race person.

Like Manning, Im half-Japanese and half-white, and I understand why she and Wong felt an immediate kinship. Mixed race people or mixies, as some of us like to call ourselves have a special, almost familial connection to one another. We can spot a fellow mixie from across a crowded streetcar or in the most minor roles in a movie. We can relate to strangers constantly asking us, Where are you from? No, where are you really from? or feeling culturally estranged from both sides of our identity.

These ideas of identity, race and culture in Canadian society are explored in Manning and Wongs comedic, fantastical play, Mixie & The Halfbreeds, which follows the burgeoning friendship of two mixed race women who couldnt be more different.

Mixie is solitary and introspective, while Trixie is bubbly and gregarious, with blonde-dyed hair. As they journey through a mythical world together, Mixie and Trixie begin to see something familiar in each other.

Manning and Wong originally wrote Mixie & The Halfbreeds as a series of radio dramas for the CBC, but it was shelved during the broadcasters lockout in 2005. They decided to repurpose the material for the stage, with Manning as Mixie and Wong as Trixie. The play premiered in 2009 at Vancouvers Neworld Theatre.

Then in 2016, fu-GEN Theatre spearheaded The 49, an initiative lead by playwrights Donna-Michelle St. Bernard and Yvette Nolan, encouraging theatre companies to stage more diverse works by highlighting 49 plays written by women of colour. Mixie made the list and David Yee, who is also mixed race and the artistic director of fu-GEN Theatre, approached Manning and Wong about producing the show here, but with some re-writes.

In Canadian theatre, shows are written, produced and then theyre done, says Manning. To be able to revisit and rewrite as an artist who has grown in the last 10 years was a really wonderful opportunity.

Over the past year, the duo re-worked the script by complicating metaphors, trimming the fat and finessing the jokes. And although at their cores Mixie and Trixie are the same as they were nine years ago, Wong and Mannings own expanding awareness of their mixed heritage has impacted the characters.

I feel much more settled about my identity than when we first started writing it, says Wong.

Ive worked through a lot of the angst like Who am I? I dont mean to undermine those experiences, but Ive processed them a lot through this play and other projects. Im now able to look at Trixie in a different way so shes less my avatar.

When I first wrote Mixie, adds Manning, I was still in the discovery mode of my mixie-ness because I was at a place where I felt like I had to be either Japanese or white. I wasnt comfortable with my identity, so I wrote my character the way I felt, which was very isolated. This time around, Mixie is a lot more comfortable with who she is.

In the past decade, mixies have welcomed new famous flag-bearers like Chrissy Teigen, Bruno Mars and Olivia Munn, and the Asian-American and Asian-Canadian experience has been portrayed via Fresh Off The Boat and Kims Convenience.

And yet in 2018, the mixed race experience specifically is still largely absent from pop culture.

I see more mixed race actors for sure, but I havent really seen the mixed experience as a story on the screen or on the stage, says Manning. When we first did the show in Vancouver, I remember seeing all these mixed race people in the audience and it was such a huge thing for me to know all these people were watching a story about them.

Indeed, representation matters, and its empowering to see yourself reflected in movies, TV shows, books and plays. Wong hopes Mixie & The Halfbreeds can not only be relatable for fellow mixies, but also serve as a jumping off point for discussions about race in Canada.

I hope the play sparks some conversation and afterwards people are able to ask each other openly, Whats your mix? and How do you relate to this?

Inevitably, the question Where do you come from? is bound to come up, too. But unlike being badgered by a stranger in a bar, in this scenario Ill be happy to divulge my racial roots.