MIXIE & THE HALFBREEDS by Julie Tamiko Manning and Adrienne Wong (fu-GEN Theatre). At the Pia Bouman School for Ballet. 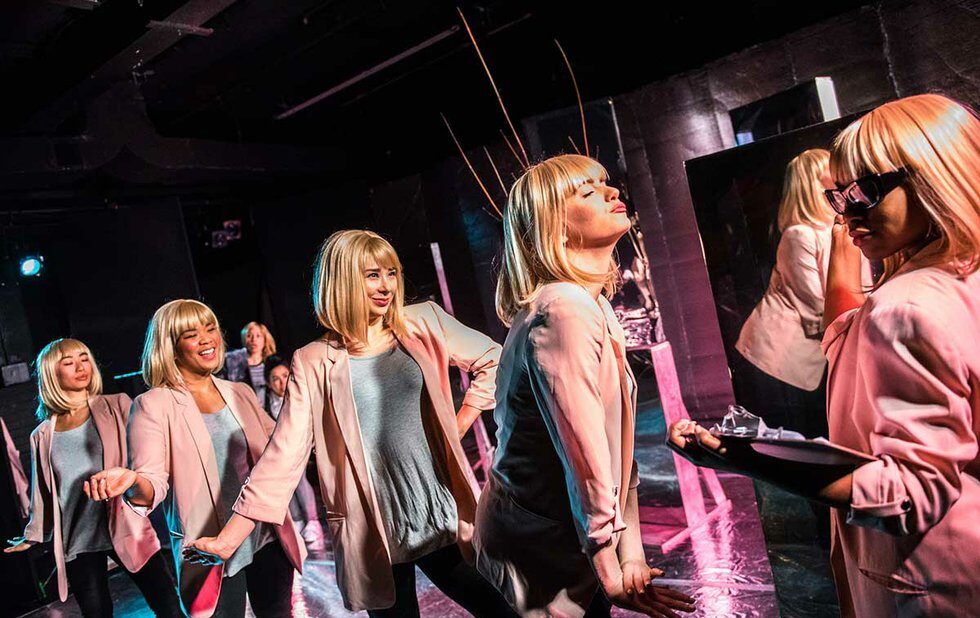 Identifying as mixed race can be a lonely, alienating experience. You dont quite fit into one culture or the other, and youre often asked questions like, What are you? and Where are you really from?

Mixie & The Halfbreeds gets it. Julie Tamiko Manning and Adrienne Wongs play looks at hybrid identities through the friendship of neighbours Mixie (Zoe Doyle) and Trixie (Vanessa Trenton), who embark on a fantastical adventure where theyre forced to take a closer look at themselves and appreciate each other. Even better, it tackles what it means to be racialized in Canada with the help of J-pop, comedy and lots of licorice whips.

The plays authenticity feels earned. Manning and Wong are both mixies and they based the characters on their lived experiences when they debuted the show in 2009. In this revival presented by fu-GEN Theatre Company, parts of the play were rewritten to incorporate the identities of the actors (Doyle is half-Japanese and Trenton is half-Chinese).

This subtle change shows that even though there is a commonality felt amongst mixies, it isnt a homogenous group.

The additional chorus of dancing women wearing identical blond wigs and Jackie Chaus costumes are also effective. The wigs erase their own unique physical features and contextualize Trixies obsession with deleting her Chinese identity by dying her hair blond and refusing to eat rice. Trixie preaches the importance of being able to control how strangers see her. For many mixies, its often easier to identify with only one part of your heritage.

Surprisingly, the show-stopping moment comes when Doyle and Trenton break out of character and perform an a capella version of O Canada in English and French. They wear either a banana or an egg on their heads, a nod to the terms Asian mixies are often given depending on which parts of their heritage are more pronounced. On opening night, this bit of slapstick elicited some of the loudest laughs.

As a person who is mixed race, Mixie & The Halfbreeds made me feel seen and understood. The script articulates many of the thoughts and experiences I had growing up and sometimes still do. But it also finds ways to tap into identity politics as a whole, and will appeal to a wide audience, no matter your heritage.