Mochinosha Puppet Company comes out of the shadows at the Fringe 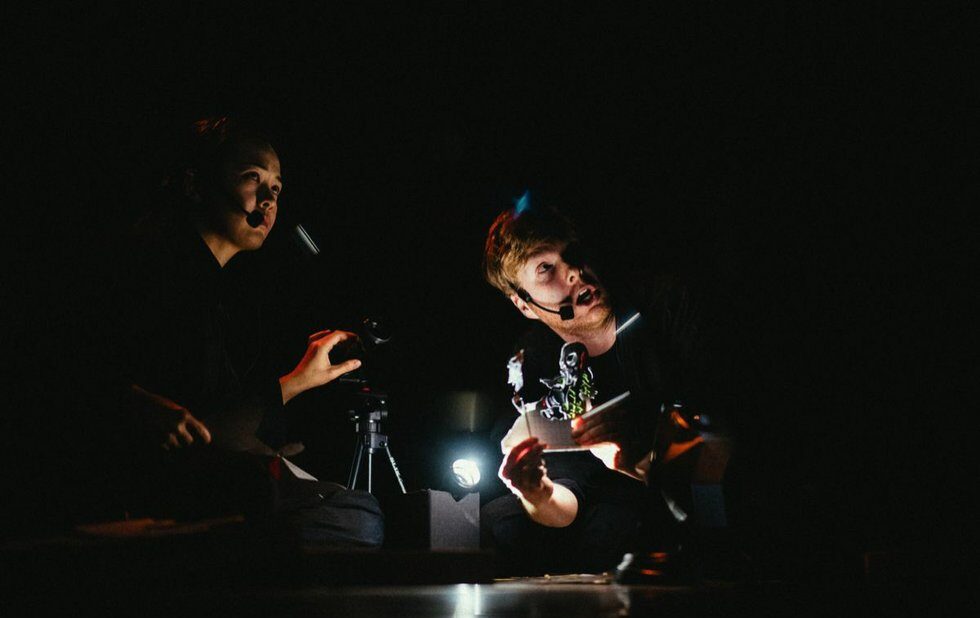 The Mochinosha Puppet Company is back at Toronto Fringe after several years absence, and its bringing us two shows from its home base in Japan.

The R-rated Space Hippo is a mash-up of Heavy Metal and Babar, and Shadow Kingdom, an Alice In Wonderland and Peter Pan amalgam updated for the 21st century, is about a little girl who falls asleep every night clutching her smartphone.

Fringe patrons may recall the companys more adult-oriented 2014 shows, The Devils Circus or Oni, about a lusty 3-cm-high samurai. And 2015s Debris was about a fish, a motorcycle and a basketball lost at sea following a tsunami.

Space Hippo already has a cult following due to performances at other Canadian Fringes and a one-night-only show here last fall. But the founders of Mochinosha, Seri Yanai and Daniel Wishes, are just as eager to make their KidsFringe debut with Shadow Kingdom.

Weve been doing shows for young children here in Japan for a while now, touring for kindergarten ages here, and in other countries, Wishes says over Skype.

Those shows, like Mimi The Gourmet Cat (a cat travels the world to eat at fine restaurants, but always skips out on the bill, so the restaurant owners all chase her), tend to be less narrative-driven, and rely on Yanais colourful shadow puppets to hold young ones attentions.

Skype is a vital tool for the company ironic, since the work is firmly grounded in lo-fi, hand-crafted puppetry.

Our first show was made almost entirely via Skype, because Seri was back in Japan and I was back in Winnipeg, Wishes explains.

Thats his hometown he and Yanai met at the London School of Puppetry as students.

In the shadow puppet module, we all had to do a solo show, but by the time of the shows, it was just the two of us because the other students had all dropped out. And everyone was saying, You two have great chemistry, even though we didnt perform together at all.

Their professional collaboration eventually became a personal partnership, and Wishes moved to Japan in 2015. (They are now married.) But the Skype process continues their resident composer is Toronto-based Elliott Loran, familiar to audiences here from Fringe shows like 2017s Bendy Sign Tavern and the award-winning Ride The Cyclone. (Loran will play live accompaniment to the Space Hippo performances, while Shadow Kingdoms elaborate score is pre-recorded.)

Well have one Skype meeting a week for months while working on a show, says Loran, and before Dan finalizes a script, hell perform the whole show for us over Skype, oral-storyteller style and then Ill play the music Ive composed for them.

Once the story is set, Yanai and Wishes start cutting up new puppets from cardboard stock lots of them.

Dans stories are always rooted in mythology and have pop culture inspirations, though the stories themselves are original, says Yanai.

Lately those stories tend toward epic proportions. (The examples they cite for Shadow Kingdom include 80s fantasy movies The Last Unicorn and Labyrinth.)

The cast gets bigger as the stories do.

We try to make as many puppets as we can before the first performance, and then we keep making more, like, We should have five more puppets in that battle scene.

The puppeteers hope to eventually perform more shows for people of all ages across Canada as their work becomes better known here and understood.

We do Muppet-style shows in Japan to teach children English, says Wishes, whos adept at making hand puppets, too.

But the companys first love is shadow puppetry, which the trio recognizes is unusual.

Nobody gets into puppetry on purpose its weird, says Wishes. I sort of fell into it.