NOW MagazineCultureTheatreMother’s Daughter is more entertaining than Harry and Meghan

Mother’s Daughter is more entertaining than Harry and Meghan 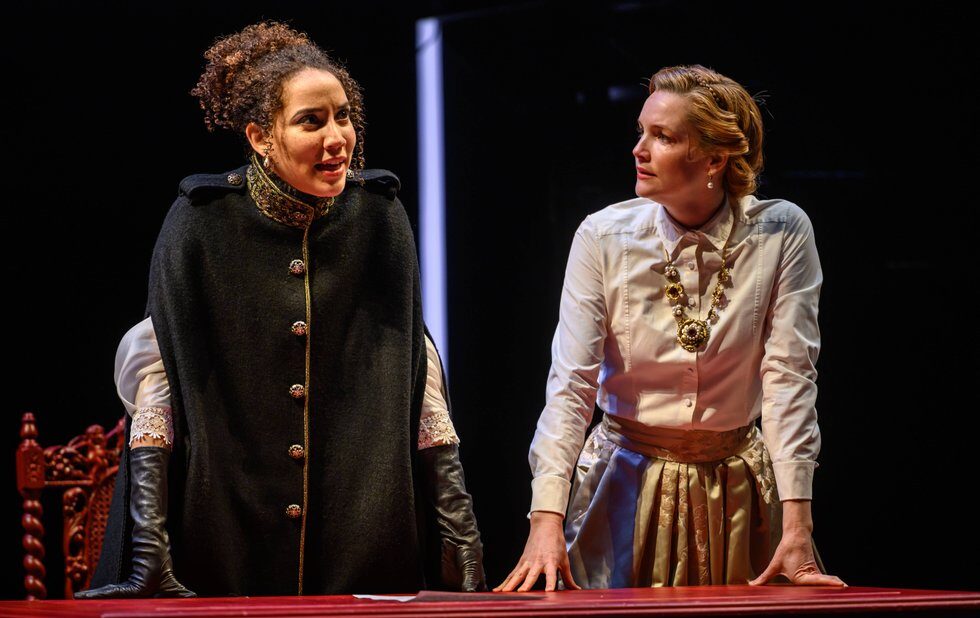 Why should Harry and Meghan get all the royal attention these days? Playwright Kate Hennig’s Mother’s Daughter is an equally gripping story about the British monarchy – and far more entertaining.

Soulpepper’s latest instalment of Hennig’s Queenmaker series, which also enjoyed a run at Stratford, works well as the third play in the series but also easily stands on its own.

At the centre of intrigue is Mary (Shannon Taylor), daughter of Henry VIII and his spurned first wife Catherine of Aragon (called Catalina here and played by Fiona Byrne). Although Mary’s cousin Jane (Andrea Rankin) briefly takes the throne before her, and her half-sister Bess (Jessica B. Hill) covets it too, Mary officially becomes the first Queen regnant of England. The play offers an intense study of the relationships between these women, highly complicated by their family history and religious differences.

Hennig adapts the story employing modern language, humour and a fresh feminist take. Although producing a male heir is definitely on Mary’s mind, she says she won’t be coerced into marrying just anyone to do so. Her advisor Bassett (Beryl Bain) takes it a step further, suggesting they slip a gender parity clause into the pre-nup to take off some of the patrilineal heat. Hennig creates a reflective monarch with a conscience and the self-awareness to realize, “You have to be a complete asshole to do this job.”

Strong performances highlight more than just acrimony between the characters. Taylor’s multi-layered Mary grapples deeply with each decision she has to make. She sometimes struggles physically, showing vulnerability yet still remaining in control. Byrne’s Catalina barely conceals a deep rage and desire for revenge beneath her motherly protectiveness. And Hill’s determined Bess displays calm yet cunning self-assuredness. Rankin’s Jane is more of a supporting character, but her sweet vulnerability makes her demise especially moving.

There is a lot of historical information packed into this play, and director Alan Dilworth paces it beautifully. He includes mystical touches such as a flash of static each time Catalina, visiting from the afterlife, crosses into Mary’s world. Lorenzo Savoini’s set allows Dilworth to place characters on a raised scaffold for some memorable otherworldly scenes. A simple but gorgeously carved table and chair sit onstage for use in diverse ways.

Not sure whether the neon lights on stage fall under Savoini’s set design or Kimberly Purtell’s lighting, but the effect is surprisingly modern and dazzling.

And the white cross constantly glowing overhead reminds us what’s at stake for these characters.