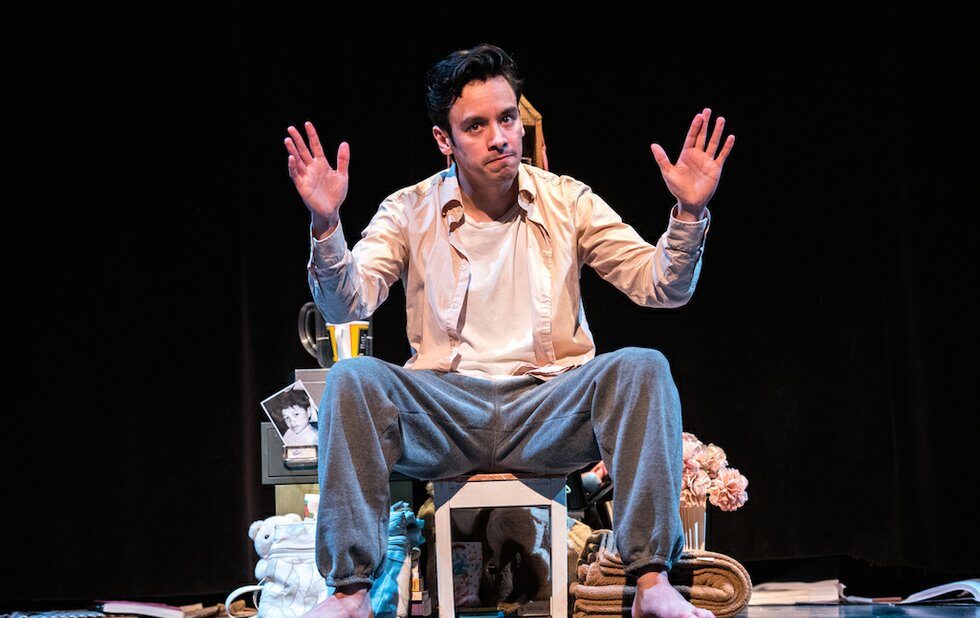 The idea of a solo show inspired by the 2008 murder of 15-year-old gay youth Lawrence King who was shot in the head by the male student he asked to be his Valentine is full of dramatic potential.

But Dave Deveaus scattered, unfocused script, which features monologues from those on the periphery of the incident, including a concerned teacher, the homophobic father of the murderer and an elderly gay man who once saw the queer students message in a chat room, never comes together. And neither Cameron Mackenzies direction nor Conor Wylies performance help matters.

Deveaus characters are so broadly, repetitively written they never say something once when two or three times will do that the 90 minute running time feels endless.

And unlike The Laramie Project, which dealt with Matthew Shepards murder, theres no clear sense of chronology, place or urgency.

Wylie plays someone named The Collector, surrounded by paraphernalia intended to become, after a monologue is delivered, significant.

He scrunches up his face, adjusts his posture and voice and repeatedly spills drinks on himself (a motif that has absolutely no dramatic payoff or purpose), but he never suggests more than the surface of characters.

Jergus Oprsals lighting and Shawn Sorensens sound are one-note in their effects.

Individual speeches from the show might work well at a cabaret night, but they havent yet been shaped into anything resembling a complete play.