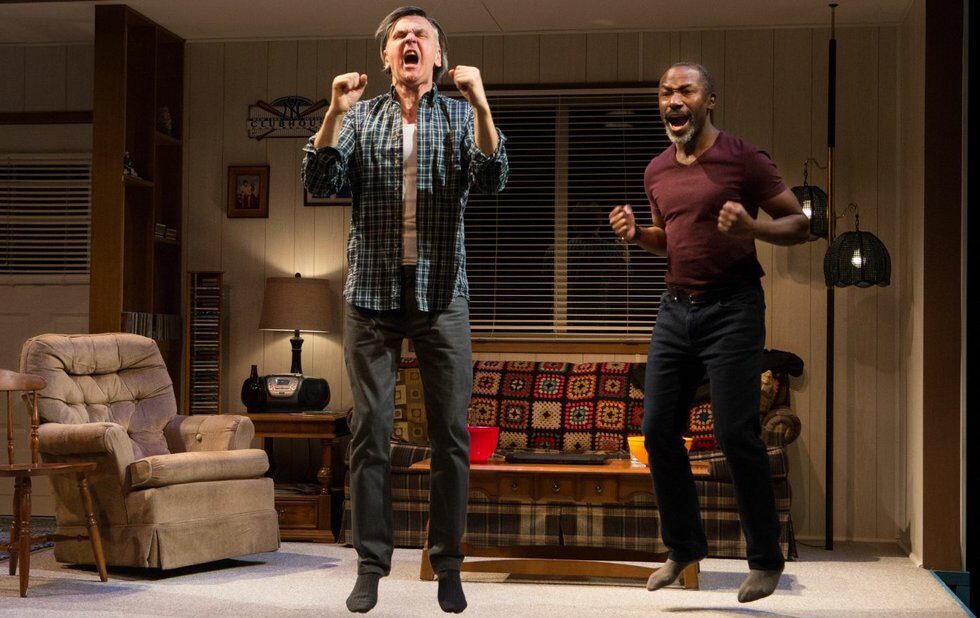 The plot itself is simple: Dougie (MacIvor) anxiously fusses over preparations for a reunion with his childhood best friend, Allen (Andrew Moodie). His wife, Cheryl (Caroline Gillis), and their daughter, Sandy (Stephanie MacDonald), help him get ready.

The details of the production grab us right from the start, as Dougies over-preparation begins with at least five minutes of agonizing physical comedy as he attempts to manage a mountain of groceries.

The ingrained rhythms and idiosyncrasies of Dougie and Cheryls dialogue impart a palpable sense of their history. When MacDonald enters, the family dynamics round out as Sandy and Dougie align themselves in small but distinct ways against Cheryl.

Richard Roses clear direction lays bare the humour and depth in MacIvors script, further amplified by a proficient cast. MacIvors ability to balance Dougies comedic posturing with moments of vulnerability is charming Gilliss depiction of Cheryls loving exasperation feels authentic and endearing and Moodies portrayal of Allens careful and reserved manner provides a satisfying contrast to the others.

MacDonald, however, stands out for her ability to embrace Sandys agonizing and graceless attempts to ingratiate herself with Allen, while capturing the gravity of emotional revelations with a grounded stillness.

While the details are engaging, the first half drags. Allen, the catalyst for the plays action, doesnt arrive until halfway through, and the revelations towards the end feel rushed. MacIvors writing adeptly communicates the character dynamics to us well before Allen enters, and the story would benefit from minor cuts to the first half to make room for the later emotional shifts to unfold more organically.

Despite all this, the production possesses an undeniable emotional resonance that persists long after curtain call.